Found the largest traces of dinosaurs 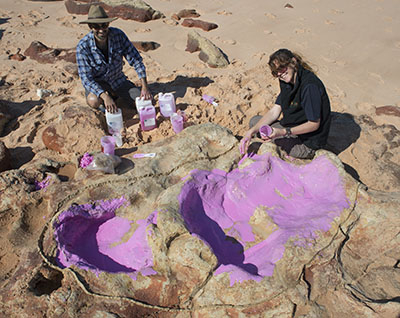 Paleontologists have discovered in Australia the largest traces left by a dinosaur. Their diameter was about 1.7 meters. According to experts, prints belong to Sauropod. The age of the tracks is about 127 million – 140 million years.

In addition to giant fingerprints, scientists have discovered many other traces left by representatives of about two dozen species of dinosaurs. At that time, the territory of modern Australia was characterized by a variety of fauna, researchers from Queensland University note. A lot of traces were found on the site along the coastline with a length of 24 km. Scientists took more than 400 hours to survey the terrain.