Found the oldest bone tip made long before Homo sapiens 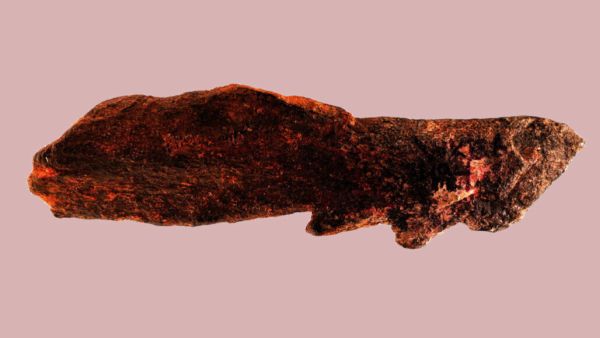 Among the finds from the famous Olduvai Gorge, a serrated spearhead and other bone instruments made 800 thousand years ago were found – most likely by representatives of Homo erectus.

American anthropologists examined an array of 52 bone finds made by Mary Leakey herself in 1960-1970, while working in Olduvai Gorge. Specimens dated to over 800,000 years old, hundreds of thousands of years older than our species, apparently belonged to the more ancient Homo erectus. In the meantime, five bone tools were found among them, including a chopper, a percussion “hammer” with an “anvil” and even a jagged point.

Note that the previous oldest such harpoon, found on the territory of present-day Congo, dates back to “only” 90 thousand years old and is considered a vivid evidence of the unique instrumental skills of Homo sapiens. Now these views, apparently, will have to be reconsidered. An article by Michael Pante and colleagues is published in the Journal of Human Evolution.

It is worth noting that the new finds are far from as unambiguous as the “Congolese harpoon”. On the tip you can see the notches that caused it to get stuck in the body of fish or game, but there are no ring-shaped indentations necessary for attachment to the shaft with fiber. It is possible that the erectus used this instrument in some other way, however, most likely, the manufacture of the tip was never completed.

But even so, it is clear that the ancient craftsmen specially selected suitable animal bones for the instruments. This means that the practice of making bone tools is much older than our species, although it did not reach such heights as later in the hands of the Sapiens. Findings in recent years indicate that other practices that were considered the prerogative of our species may have appeared long before it, including the use of fire to work stones and cooking food in hot water.