Found the oldest meteorite, which is older than Earth 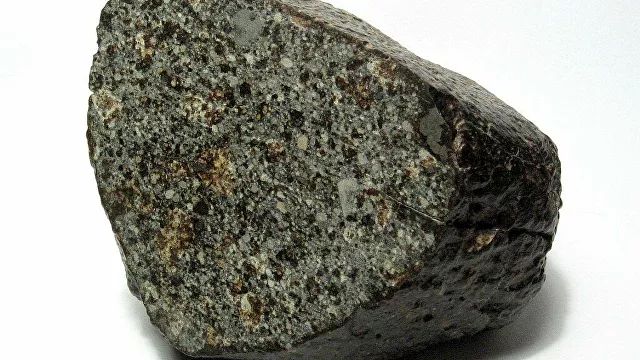 A small piece of stone found in a field in Gloucestershire in the west of England turned out to be an ancient meteorite. Scientists estimate its age at 4.6 billion years. It is the oldest meteorite found on Earth today. The age of the planet itself is 4.54 billion years old. The find is reported in a press release from Loughborough University.

According to scientists, this small coal-colored stone, found by a resident of Loughborough, an employee of the Astrophysical Research Organization of East Anglia (EAARO) Derek Robson, is a piece of space debris left after the formation of the planets of the solar system. It is believed to have come to Earth from the asteroid belt located between the orbits of Mars and Jupiter.

Now researchers from Loughborough University, along with colleagues from EAARO, are studying the structure and composition of the meteorite, which was named Winchcombe after the name of the village near which it was found. Scientists hope to find answers to questions about the processes that took place in the early solar system and, possibly, about the origin of the Earth and life on it.

They use techniques such as electron microscopy to study surface morphology at the micron and nanometer scale, as well as vibrational spectroscopy and X-ray diffraction, which provide detailed information about the crystal structure, chemical phases and molecular interactions of a substance.

According to the authors, the meteorite material resembles poorly bonded concrete, consisting of particles and dust, which have never been subjected to strong cosmic collisions, that is, they did not participate in the formation of protoplanetary bodies.

“The internal structure is brittle and loosely bound, porous, cracked,” according to one of the study participants, Sean Fowler, a specialist in optical and electron microscopy at the Loughborough University Materials Research Center, in a press release. . This means that he was there, beyond Mars, untouched before any of the planets were created. This is a rare opportunity to explore a piece of our pristine past. ”

The main body of the meteorite is composed of minerals such as olivine and sheet silicates with mineral inclusions called chondrules.

“But its composition is different from anything found here on Earth, and potentially unlike any other meteorites found previously,” Fowler says.

An ancient meteorite is a rare example of carbonaceous chondrite, a space rock containing organic material. This group includes less than five percent of meteorites falling to Earth.

“Carbonaceous chondrites contain organic compounds, including amino acids, which are found in all living things. Being able to identify and confirm the presence of such compounds in material that existed before the birth of the Earth will be an important step towards understanding how life began,” concluded the director of Astrochemistry EAARO Derek Robson, who discovered the meteorite.