Found the remains of ancient crocodiles in Northwest China 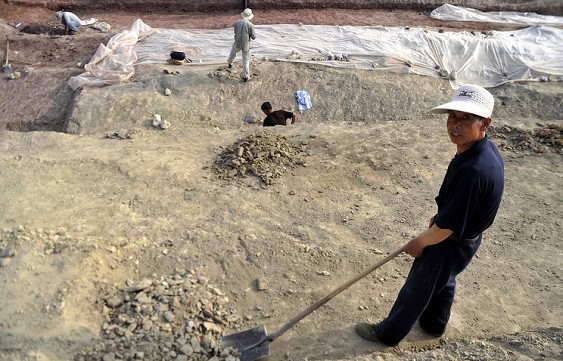 Chinese scientists have discovered in XI’an (Shaanxi province), the remains of crocodiles that lived in this part of the globe is about 3 thousand years ago.

Experts came across rare examples of the ancient fauna by chance – they were in an underground cave with an area of 10 square meters, discovered during the excavations. For archaeologists it was a surprise, because such findings in this part of the country they do not necessary, – said in an interview with reporters Yue Lanessan, who heads the group of researchers.

According to the scientist, the period of existence of these reptiles in this area coincides with the Western Zhou dynasty (1100-771 BC). This finding allowed us to obtain important information about the habitat of crocodiles, a few thousand years ago. Before these remains were found only in the South, he added, noting that, according to the finding, the climate of North-Western China in those days was much more moist, probably subtropical.

In the course of study of the adjacent territory, archaeologists discovered ten ancient graves, some covered wells, remains of buildings, kiln and more than 100 underground cavity in which were many articles of bronze, stone, bone, shell, ceramic fragments.