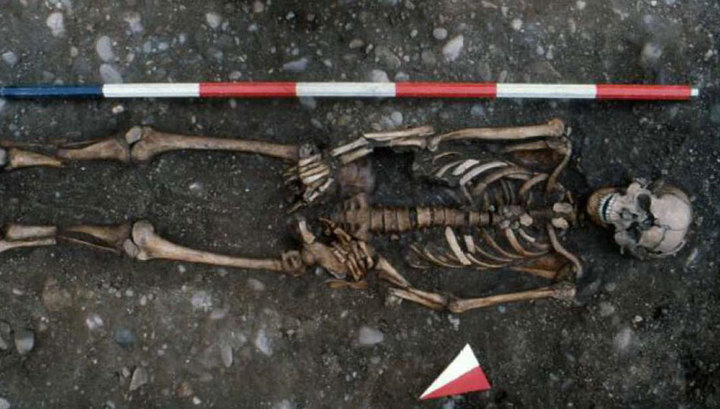 Archaeologists at the University of Milan discovered a well-preserved medieval skeleton of a man who died as a result of one of the most terrible executions and an unsuccessful decapitation attempt.

A young man (according to experts, his age at the time of death ranged from 17 to 20 years) in the XIII century was buried near the cathedral in Milan, in northern Italy.

At first glance at the skeleton, it was clear that something terrible was done to the dead. The bones of his arms and legs were symmetrically fragmented, and further examination revealed unusual linear fractures at the base of the skull.

Based on historical records, scholars suggested that the young man was “wheeled,” that is, executed using a torture wheel (Catherine’s Wheel).

The wheel was used for public executions throughout most of European history until the start of the early modern era. Stories about using this unit vary depending on time and place. But, as a rule, this type of execution included the methodical breaking and breaking of limbs, followed by trauma to the wheel itself.

In northern Italy, where a burial was discovered, such torture was commonly used for individuals suspected of spreading the plague.

A later forensic examination revealed unusual linear fractures at the base of the skull. Researchers suggest that this was the result of a severe injury from a heavy gun after an unsuccessful decapitation attempt.

Scientists note: this is the first archaeological evidence that in medieval northern Italy a person was tortured on a wheel.