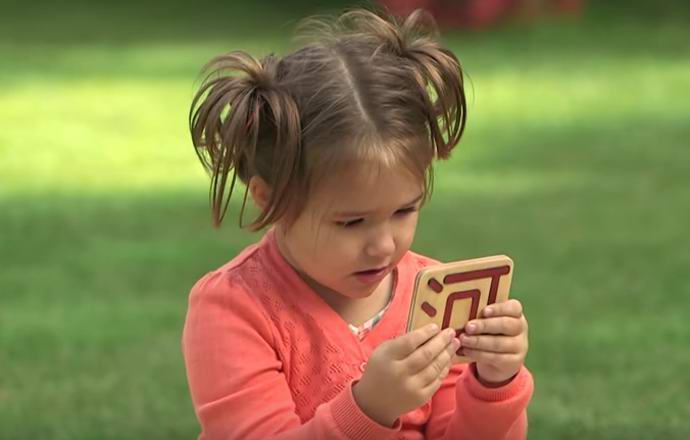 Belocca Devyatkino was only three and a half years when she tracked down the editors of the project “Amazing people”. Shooting she was four, but she still remains the youngest among the participants of the show. The youngest and one of the most amazing. After all, the girl is fluent in Russian, English, German, French, Spanish, Chinese and Arabic. Well, to get you to finish: three years bell spoke five languages, and over half mastered two… it is not Surprising that after a live video of a performance of Bella on YouTube in a few days gained more than 5 million views and 160 comments.

– This we did not expect – laughing mother Bella Julia. – We didn’t even plan that will reach the film because I worried how my daughter will react to the Studio audience. But Belle loved it.

The crew found for her fancy mermaid tail. And when she finally got it, we are still an hour and a half could not drag her with the “Mosfilm” (there are shooting “Amazing people”. – Ed.). Now Bella once a week asks me: “when are we going shooting?”

However, the “examiners” show task stood too difficult: try to explain to a four year old little girl that she had to participate in the competition to win a million rubles! Had to come up with a quest.

– At first I was skeptical about the show, says Julia. – Well, what is there to do to a little child among adult participants? But on the other hand, I have an idea that techniques of early development must be promoted in our country. After all, many refer to them with derision or aggression, saying that you are torturing the child. I want to convey to people that are not trying to raise a child Prodigy. That Bella has a talent for languages, but she’s not a genius. Any child can achieve good results if you find the right approach. We communicate with people who are also engaged in the early development of their children, and all the kids know 4 – 5 languages. In our circle it is not one of excitement.

Methods of early development, Julia became interested in long before the birth of girls. Even at the University.

– Then I started studying the subject of bilingualism (fluency in two languages. – Ed.) various techniques watched. And when they had the baby, I really wish she had two languages: Russian and English. I’m an English teacher, so English was spoken to her myself. To ten months Bella began to understand speech in two languages. And we tried to connect French (I studied it at University). It turned out that the child has a real interest. I remember her standing in my crib and hearing the French speech, enthusiastically began to scream and jump…

Arab Bella was interested when I saw a cartoon in Arabic. And again perceived by all with wild enthusiasm. For the study of Arabic and other languages are invited Tutors. Moreover, it is preferred to native speakers.

All methods of early development taught mom that the child should not be forced. He just needs to offer new information. And if parents see that kids love to absorb it, it is necessary to continue to do. Here to mathematics that Bella has no interest. And Julia says that for her the most important thing is not to exert any pressure on the baby.

Bella is dealing with Tutors every day for a few hours. Each month focuses on one language (they are five hours per week), and allocate two or three hours a week. But do not think that a child put at the Desk to register the keys of Chinese characters or learning German grammar. All classes are held in the form of a game. Bella plays with the teacher in dolls, pyramids or even go for a walk. Just while talking to her in a foreign language.

Bella doesn’t know the word “engage”, for it is the word “play”. Summer went to the country, teachers here and there. All the same – swimming in the pool, making mud pies, swinging on swings, playing tag, just at this time, we speak Chinese or Arabic, depending on what we have now is occupation, – says Yulia. – I wanted Belle was interesting. Now we go to the drama club, where classes are in English. Bella loves to draw and art classes speak French. Thanks to the show we found a figure skating coach, she speaks German, so the training will be held in German. I understand that when Bella gets older, some languages she will remain in the passive, and it will no longer pay so much attention to them. But the French and English would like to keep. And we thought, what can I give her to school, where children of foreigners. For example, in French. There is the whole learning process will go on French language.

The only thing we are trying to offer the Belle languages from different language groups. Because knowledge of languages is the development of intelligence. And when the child “brains” to build a correct phrase in Arabic, for example, and then to build it in English, it’s a real charge for the brain.

However, this summer Bella herself wished to learn Italian. We went to France and got into an international company. Bella is very free to communicate with the kids, but when he heard the unfamiliar Italian words, even upset. Now asking: “Let’s learn Italian”.