Foxconn is fired 60,000 people, replacing them with robots 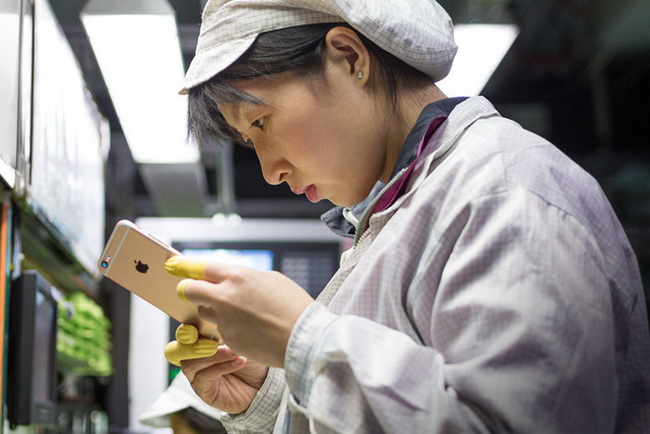 According to a fresh report by South China Morning Post, the labor force of the factories of the company Foxconn declined significantly today. Workplaces now is 110 000 employees work only 50 000. Why and what is that? Because Foxconn has decided that the same work can done by robots, and therefore has reduced its staff by 60 000 employees.

Recall that Foxconn is a key partner for the Assembly of Apple products, so there are some concerns about the fact that other factories in the Chinese city of Kunshan on this wave, too, will decide to get rid of the living employees and replace them with robots, thereby increasing the unemployment rate in the region. Interestingly, according to recent analyst reports, the desire for a more active transition to automated production expressed 600 companies in the region.

The work of Foxconn on automation of their jobs is a long time. The main reason is the desire to save more money on salaries and increase overall profits. Of course, the robots-collectors are also very expensive, but over time their maintenance is much cheaper than the maintenance of surviving employees.

What it now produces factory in the city of Kunshan, not reported, but the South China Morning Post points out that last year at this plant were collected 20 million smartphones and 51 million laptops.

Over time, Foxconn plans to further implement Autonomous production, and not just in order to save money, but also in order to meet the demands of Apple. Chinese manufacturers often have to hire additional employees, that every time you manage to collect a sufficient number of new announced smartphones iPhone. In the past Foxconn is often glimpsed in the headlines and became the participant of scandal. The company was accused of ill treatment and slave-like working conditions for its employees. Amid this wave of “the nuts”, of course, won and Apple. However, it should be noted that Apple began its own investigation on the status and working conditions in the factories of Foxconn in 2012 and strongly encouraged the manufacturer to improve most of these conditions.

It is interesting to note that Apple is interested in robots. The company recently introduced a new robot Liam, is designed for fast dismantling of old devices for recycling. Other companies likely to follow the new-fangled trend. For example, the former CEO of McDonald’s recently stated that the growth of minimum wage is likely to force many companies to invest in the robot staff.

“It is cheaper to buy a robotic arm for $ 35,000 than to employ an inefficient employee who has to pay 15 dollars an hour for what he roasts the potatoes,” said Rensi, in an interview with Fox Business.