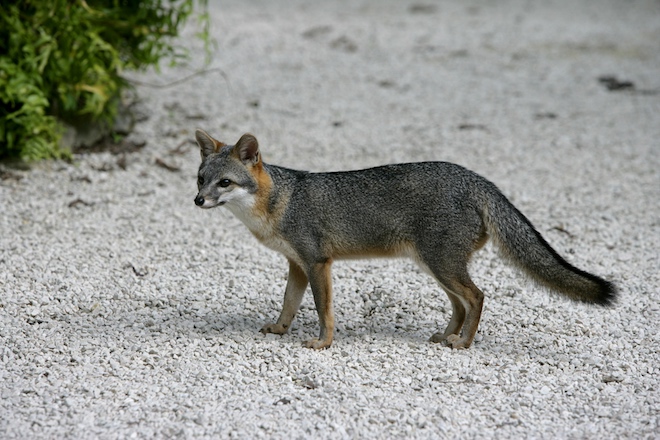 Scientists at the University of Wisconsin in Madison has suggested that gray foxes (Urocyon cinereoargenteus) may rely on camouflage to avoid attacks by coyotes. To get rid of competition, coyotes can attack the gray Fox — these animals have the same diet. Perhaps this is why Fox masked with the smell of large pumas.

Max Allen, installed the cameras in places of occurrence of Cougars, found that those places that Cougars mark his territory, often visited by foxes. The researchers analyzed photographs taken over 4 years at 26 sites, having ascertained that the foxes rubbing muzzles on the ground with fresh marks of Cougars. They appear almost immediately (within several hours) after the Cougar leaves a mark.

Thus foxes may be masked from the coyotes — they often kill them, seeing them as competitors, but as noted by Allen, you can abandon the fight if they smell the larger Cougars. Interestingly, in places where pumas leave marks, other animals do not appear — only Fox show sufficient ingenuity, an attempt to impersonate a cat.