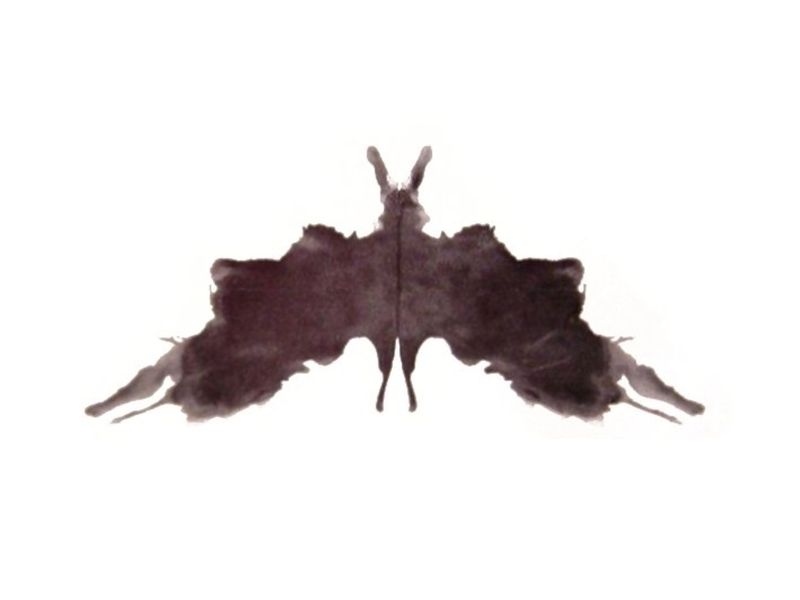 The simpler the stain Rorschach, the more associations it generates in mathematics measured the fractal complexity of the famous spots, and has determined that our brain readily interpreterpath simple patterns and complicated’t see anything extra.

The human brain is arranged so that tends to see meaningful images where there are none. In the early XX century Swiss psychoanalyst-Freudian Hermann Rorschach used this feature of perception to the famous psychological test in which participants were asked to interpret a symmetrical spots.

The value of the Rorschach spots for psychoanalysis since stavileci repeatedly questioned, and in the modern methods of famous pictures almost do not apply. However, a property of the brain to interpret abstract symbols still occupies the scientists, in particular mathematicians.

Spots Rorschach represent a kind of fractals — self-similar objects, parts of which are similar to larger parts, and those whole. The complexity of a fractal can be measured using indicator D: direct he equal to unity, and the maximum value is two. The closer the value is to one, the more simple the structure is fractal.

To find out how the complexity of fractals related to the number of resulting images, the researchers took five spots Rorschach used in psychoanalytic sessions 20-years, and calculated their complexity. Selecting five spots with D from of 1.11 to 1.23, the researchers turned to the testimonies of patients who once showed these spots, and counted how many different images they saw in each of them.

Cabbage varieties Romanesco — an example of a natural fractal object

It turned out that the smaller D, that is, the simpler fractal structure, the more visual images generates the image. These results surprised the researchers: it was assumed that more associations will cause shape with D from 1.3 to 1.5, since this was the level of complexity of a fractal is most often characteristic of natural fractal objects. Then the analysis is repeated using a computer-generated spots with a given complexity (from 1.05 to 1.95) to be sure that the number of images will not affect the grayscale, which was splashed with old ink stains. Colored spots initially were not used, as the colour can affect the perception of the images themselves, apart from the fractal structure).

Computer-generated spots were shown to the students. They describe each image that haunted them in spots, and again the dependence was direct: the more complex fractal, the smaller associations it generates.

In recent years, spots Rorschach tried to measure the propensity to work. The authors of issledovania assume that they found a pattern you can use in order to clarify such tests: for example, it is possible that more creative people prefer more complex fractals are less complex.