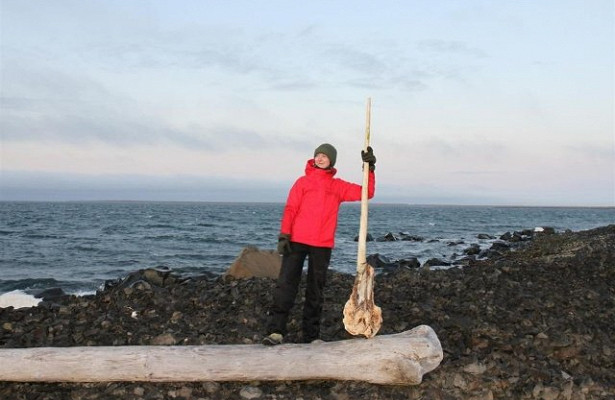 Employees of the Russian Arctic national park during a raid on Alexandra Land found a whale-narwhal skull with a horn. The find weighs more than 20 kilograms, according to the institution.

The skull of a narwhal lay directly on the shore of the Shallow Bay of the Barents Sea.

In 2013, the narwhal horn was already found in the Russian Arctic. But he was not suitable for research; in fact, these were fossil remains.

In the national park itself, the find is very important. The fact is that whales usually die in the water. Remains on land throws extremely rarely. But even if this happens, in a few years the bones are completely destroyed during storms and during ice drift.

The skull of the discovered narwhal will be carefully examined by specialists in biology and genetics, and then the remains of the sea rhino will replenish the collection of the Russian Arctic national park museum, which is located in the capital of Pomerania.