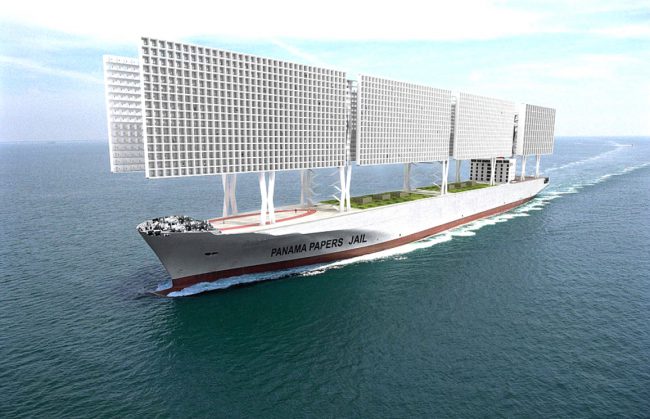 Undoubtedly, people who grossly violated the law should be punished deservedly. At the same time, fantastic works describe the prisons of the future in such a way that they differ greatly from the places of detention that we are accustomed to. “But why not translate a couple of ideas into reality?” Thought a group of French architects and introduced the concept of a ship-prison.

For such an unusual project, the architects Axel de Stampa, Sylvain Macot and Guillaume Devo from the School of Architecture in Paris meet. The name of the new project sounds like Panama Papers Jail, which reflects at once 2 facts: the first is that the floating prison will drift in international waters near Panama, and the second one reveals to us the first alleged prisoners – the persons involved in the case of the “Panamanian dossier”, during which a leak of confidential documents of the Panamanian law firm Mossack Fonseca & Co, concerning information about private property and operations of Panamanian politicians. In addition, the company was a leader in its industry, but after the leak suffered huge losses.

As for the prison-ship, according to available data, the cells with the prisoners will be located on special cables above the deck, and the chambers will be “semi-open type”. 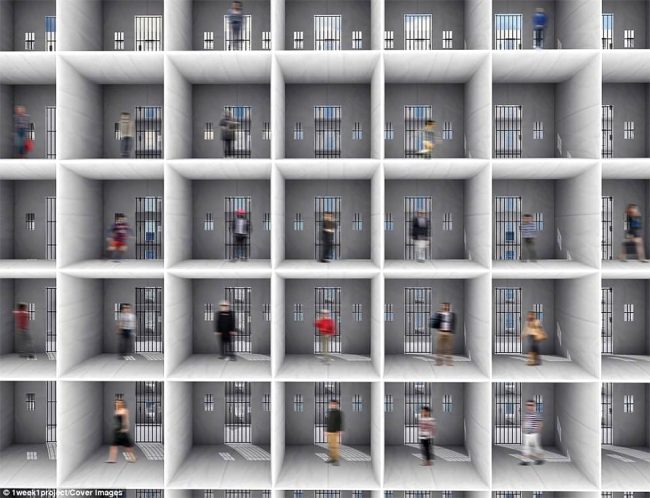 That is, on the one hand will be located lattice, and on the other – the ocean. In total, the project plans to build 3,300 content cells, each covering an area of ​​about 9 square meters. In addition, there will be administrative buildings: a control center, a dining room, a workshop. 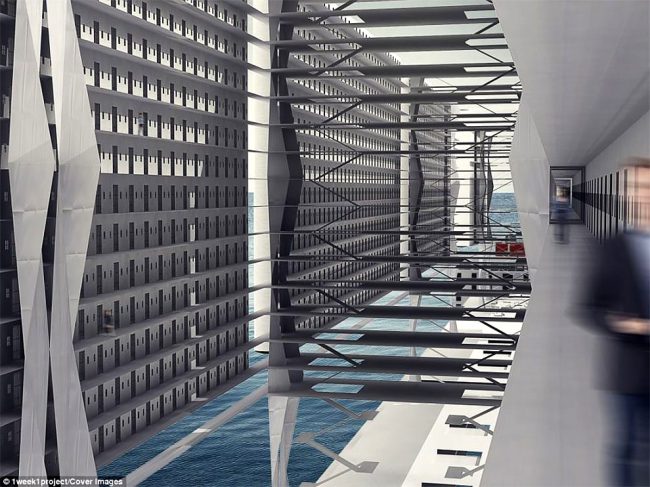 In the bow of the ship there will be a sports ground, and in the central part – greenhouses for growing agricultural crops. Staff cabins will be placed in the aft part, in the hold – desalination equipment.

Of course, the authors have yet to refine many details, but even now the project looks at least curious. And, of course, it is interesting, at what distance should the ship drift from the shore, so that the prisoners could not escape from the half-open chambers and get to the sushi by swimming?