French scientists using computer modeling created a video series that clearly demonstrates the formation and propagation of the Earth’s magnetic field vectors. The earth is, in fact, a giant magnet. Magnetic radiation of the Earth may seem to the average person something insignificant, insignificant, but in reality it performs the most important function to prevent the destruction of the planet’s atmosphere by powerful solar radiation. Scientists believe that the magnetic field creates so-called. “Dynamo” is a self-excited dynamo mechanism based on the generation of an electric current in a conductor (liquid metal in the core of a planet) when it moves in a magnetic field generated and amplified by the currents themselves. To demonstrate this, scientists from the L’Institut des de la Terre in France created a hypnotic video of the Earth’s core “in a cut”, cutting through the equator line and simulating the temperature spots that appear in the depths of our planet…. 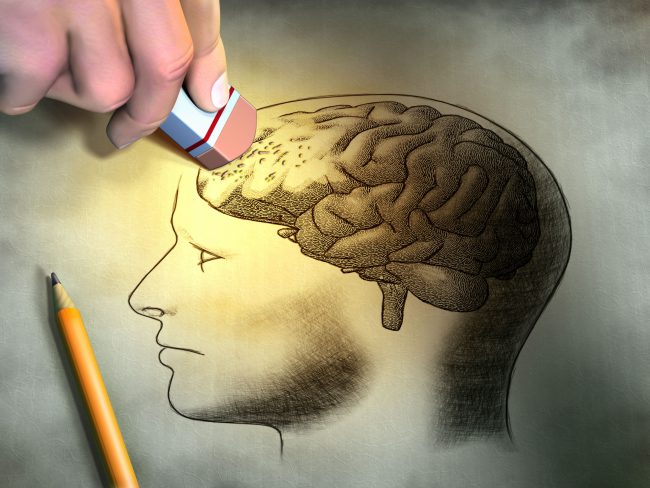 Neuroscientists have recently discovered that while forming different types of memory, at least the same neurons are used, but in this case completely different processes take place. This discovery may lead to the development of new and more effective methods of treating negative psychological conditions such as anxiety and post-traumatic stress disorder.

Discovery challenges the earlier studies in which it was claimed that the memory of various traumatic events uses the same neurons in the same way, which, in turn, does not allow physical differences to be made between them.

To test the hypothesis that explains why memories of bad events can cause anxiety, a team of scientists from the Columbia University Medical Center (CUMC) and McGill University conducted an analysis of the Aplysia molluscan neurons.

As you know, memory is stored in neurons. And it becomes long-term due to the peculiar chemical “bridges”, synapses, which unite neurons into groups. Experience of events that cause harm to the body, for example, touching the hot surface or experiencing violence, is coded into associative memory, with connections between neurons getting stronger.

However, the accumulated experience is not always tem- porary. For example, standing at the stove and hearing an unexpected bell at the door, you can touch the hot plate. Or if you hear the barking of dogs nearby, feel like you are being attacked, although this is not the case. And yet, accidentally or not you touched the plate or felt the fear of attack, neurons record this information. And sometimes this “random” memory can create serious problems, acting as a trigger for the state of anxiety, which often only aggravates the general psychological state and does not allow to cope with the real problem. Because of this random memory, many people with posttraumatic stress disorder may experience a traumatic emotional experience again, which, it would seem, is completely unrelated to the event that was originally traumatized by the trauma.

“Here is an example that I like to bring. Let’s say you go through a criminal district, decide to cut a path through a dark alley, and then you are robbed. Near the place where you were, you saw a mailbox. All. In your memory this will remain forever. No, not only the robbery itself. But also a mail box. Now that you are near mailboxes, you can experience very strong psychological discomfort, “explains CUMC researcher Samuel Schacher.

Anxiety caused by an accidental recollection of a mailbox can persecute and hinder a person all his life. A completely innocuous object of urban infrastructure will launch an uncontrolled stressful situation, and, of course, without offering a way to avoid the possibility of being robbed in the future.

According to the “synaptic label” hypothesis proposed in 1997, memory is the enhancement or weakening of certain synaptic contacts between neurons. Therefore, even weak stimuli can lead to the formation of long-term memory, which is formed as a result of stronger subsequent stimulation of the same neuron, but through another synaptic channel, which, in turn, may be several thousand. For this, special proteins must be synthesized in the nerve end. The production of these proteins starts with a sufficiently strong and prolonged excitation of the neuron. Frey and Morris (the authors of the hypothesis) suggested that in synapses with temporarily increased conductivity, certain biochemical “labels” are formed. These labels, which last no longer than 2-3 hours, help to capture the desired mRNA (if the neuron starts producing them within the specified time) and use it to synthesize the protein in this nerve ending, which ultimately leads to the transition of random memory into a stable and long-term memory.

Previous studies have indicated that the biochemical processes behind the formation of short-term and long-term memory generally have the same properties, so it is not possible to distinguish the formation of a particular type of memory. However, if these hypothetical tags were different, this would ensure the presence of a physical property that could be used in the future.

“One of the directions of our current research is the development of strategies for eliminating problem nonassociative memories without affecting associative memories that can be imprinted in memory during traumatic emotional experiences. This will allow more unconscious decision-making in the future, for example, avoiding cuts through dark streets in areas of high crime levels, “says Shacher.

Going back to the last study … Scientists took a couple of receptor neurons and connected them to one motor neuron (red in the image below). 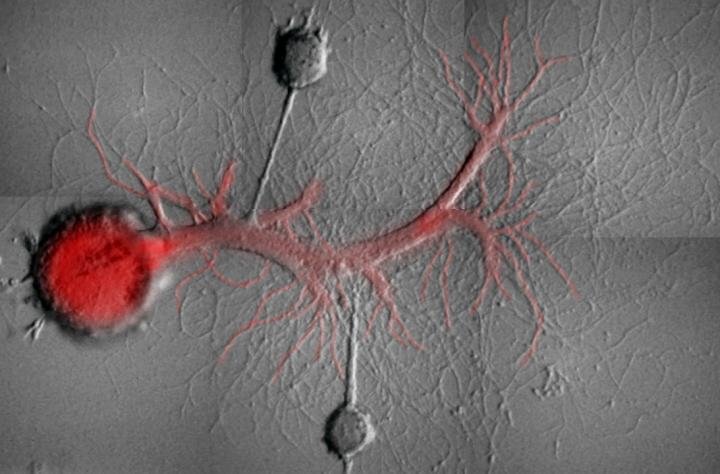 One of the receptor neurons was stimulated in such a way that the process of forming a strong associative memory began. Another neuron was stimulated to cause a random, nonassociative memory. The researchers found that the strength level of the synoptic connection was the result of the production of two different types of proteins, called kinases, the M Apl I channel and the M Apl III kinase. The selective blocking of just one of these kinases did not allow the signal to pass from the synapse to the neuron, which actually erased a certain type of memory from existence.

Let us repeat that we are talking about neurons and synaptic connections of the mollusc apisia. And what about the man? It turns out that vertebrates have very similar kinases that participate in the formation of memory. Of course, no one says that tomorrow, pharmacies will be able to buy pharmaceuticals that can block traumatic memories, but the researchers were able to open the door, which for a long time was considered tightly closed.

Perhaps one day after the shock experienced during robbery, people can simply drink a pill and forget the negative associations associated with mailboxes and barking dogs, but they will remember well, for example, the color of the attacker’s jacket and other external data that will help in the search and capture The criminal. The results of other studies hint that the loss of random information allows our brain more detailed and much longer to store more significant information. Even if we exclude the potential of new therapeutic methods, such a discovery is still important, since it allows us to better understand how our brain forms long-term memory.