Freshwater crustaceans found in the hottest place on Earth 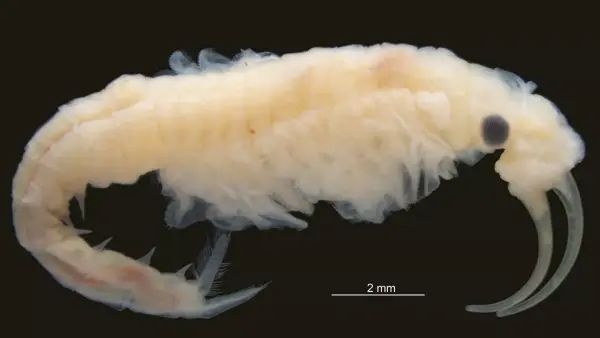 German and Iranian scientists have discovered in the hottest place on Earth – the Deshte Lut Desert in Iran, a new species of freshwater crustaceans. For a description, see Zoology in the Middle East.

The discovery was made by scientists from the Museum of Natural History in Stuttgart along with colleagues from the University of Tehran during an expedition to the Deshte Lut desert to study the ecology, biodiversity, geomorphology and paleontology of this unique place on the planet.

The Dashte Lut Desert is the second largest desert in Iran. It is larger in area than Switzerland. Average daily temperatures in it range from minus 2.6 degrees Celsius in winter to 50.4 degrees in summer, while the annual rainfall does not exceed 30 millimeters per year.

Dashte-Lut is called the “thermal pole of the Earth”. The record temperature for the Earth’s surface – 78.2 degrees Celsius – was recorded here by the NASA satellite. Local ground measurements showed even more – up to 80.3 degrees. In part, these high values ​​are due to the fact that the desert is covered with black pebbles, which are heated in the sun.

Despite the fact that the desert is almost completely devoid of vegetation, many microorganisms live in it, in particular, a large number of representatives of archaea are described here. But the discovery of crustaceans in a place where permanent bodies of water are completely absent, according to researchers, is unique.

The new crustacean species belongs to the genus Phallocryptus. Before that, only four species of organisms belonging to this genus were known. All of them live in arid and semi-arid regions – in the deserts of South and Central America, Central Asia, Mongolia and South Africa.

Dr. Hossein Rajaei, an entomologist at the Stuttgart State Museum of Natural History, found crustaceans in a small seasonal lake in the southern part of the desert.

“During an expedition to such an extreme place, you are always on the lookout, especially when you find water. The finding of crustaceans in this hot and dry environment was truly sensational,” the publisher said in a press release.

Further studies of the animal samples taken by Dr. Martin Schwentner of the Vienna Museum of Natural History showed that they belong to an unknown species of freshwater crustacean.

The new species was named Phallocryptus fahimii, after the Iranian biologist Hadi Fahimi, who participated in one of the expeditions to the Deshte Lut desert in 2017 and tragically died in a plane crash in 2018.

These aquatic animals have adapted to the extreme conditions of the desert. For decades, they hide in the dried sediments of temporary lakes and come out only during periods of wet seasons – in the spring, when after rains water flows appear, accumulating in the depressions of the relief. At first, until the water of seasonal lakes turns into brine as a result of evaporation, the crustaceans Phallocryptus fahimii live in it, and then they are again driven into the ground.