Frog females are found singing serenades to their chosen ones 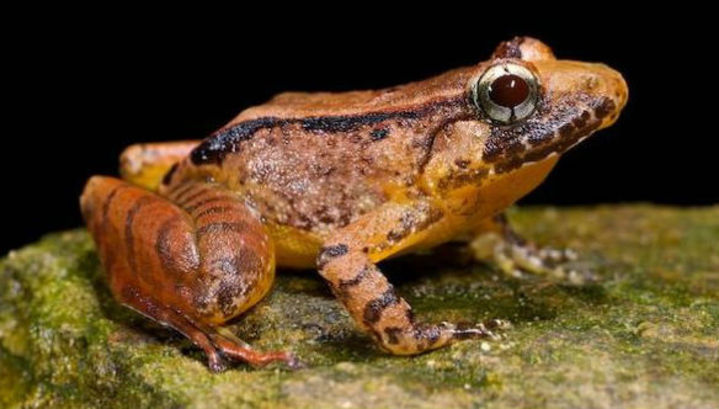 Birds, fish and people very often come up with various ingenious ways, trying to attract a partner. For example, Capuchin females throw stones and make faces, and males during the mating season make a noise to avoid conflicts.

Frogs, unlike others, usually prefer not to complicate things. Males and females adhere to strict rules: a strong sex sings the ladies serenades (by the way, not only they do so), and females choose the most attractive partner. A plan that always works.

However, recently the researchers found that one species of frogs (Limnonectes palavanensis) still decided to make some variety in love games. So, during the mating season it is the female L. palavanensis who sings songs to her chosen ones, trying to attract them in this way.

According to experts, this is the first known example of the exchange of “singing” roles in the marital behavior of frogs.

It is noted that they live in the Philippines, the islands of Palawan and Borneo. And if a person stumbles into these places on a frog, surrounded by several “singing” comrades, then most likely he will get a lucky male L. palavanensis, followed by several ladies.

Males, however, also sometimes publish “advertising appeals”, signaling to females that they are ready to procreate. After mating, the males are left to take care of the eggs and carry the tadpoles to the nearest body of water immediately after their hatching. In other words, care for the offspring remains on the shoulders of males.

The results of research of unusual frogs are published in the scientific publication Behavioral Ecology and Sociobiology.