From what in Florida massively die marine animals 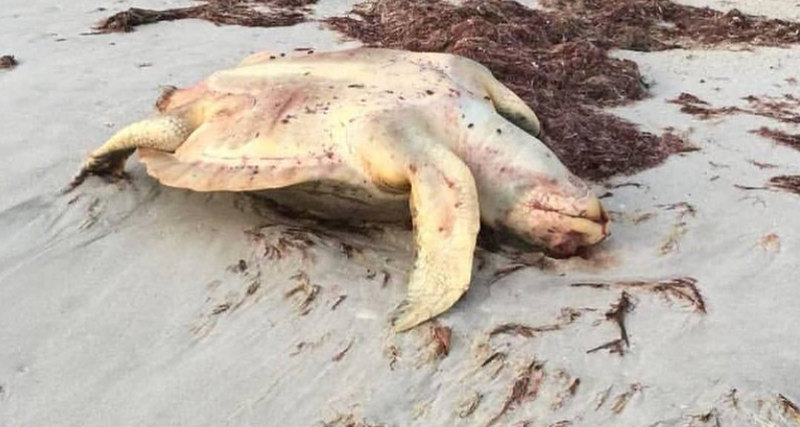 In the southeast of the United States – a major environmental disaster: a record volume of flowering algae led to the death of many marine life.

During the period of active reproduction (“flowering”) cyanobacteria (which are not yet quite accurately called green algae), as well as microscopic marine and freshwater algae can produce toxic substances. In high concentrations, these poisons can cause serious damage to wildlife – in particular, the nervous system, skin and internal organs of mammals and reptiles.

For example, domoic acid (also known for its effect as “zombie acid”), which secretes the red alga Chondria armata, overexcites the nervous system and causes degenerative processes in it. This leads to seizures, memory loss and brain damage.

Water during the flowering period is covered with a green film that blocks access to light and oxygen for underwater vegetation.

Along the coast of Florida, algal blooms occur annually; only the scale of the phenomenon is different. This summer, recorded the largest flowering at least for the past 10 years, which has already led to the death of many living beings.

In this case, not only fish become victims, but also larger animals, such as turtles and even manatees, who were nicknamed marine cows for consuming exceptionally plant foods. In Florida is the largest refuge of manatees in the United States, which attracts tourists every year. According to environmentalists, since the beginning of the year, algae have already killed 80 manatees – this is 13 more than for the whole of last year. In 2003, a hundred of these marine mammals died during the whole season, and a sad record was set in 1996: 277 deaths. Environmentalists, together with volunteers, are trying to save manatees by transporting them to environmental centers for rehabilitation.

Among other animals poisoned by algae over the past months – a hammerhead, a whale shark and a dolphin. And many more inhabitants of the sea need help.

Contact of a person with poisonous water also leads to health problems. Now the authorities are taking measures to clean up the water area, but this can take a lot of time. In addition, fish and shellfish, already caught in the net and then on the shelves of stores, will carry the poisonous substances further.