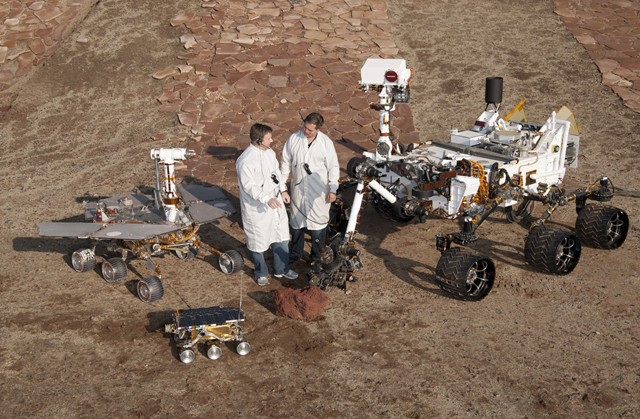 Sometimes the next unmaskers of “a plot of NASA” share improbable opening: in their opinion, the Curiosity mars rover is on Earth, somewhere in the desert. Then I suggest to look for the terrestrial rivers and mountains in the Martian pictures. Curiosity examines the territory of 80 by 25 kilometers – it is not so a little that she couldn’t be found on terrestrial cards. “Look for!” — I say. And here, at last, have found.

New hit of unmaskers of world plots — subpolar Devon Island belonging to Canada. This severe place known as the biggest desert island in the world. In summer months when Devon isn’t filled up with snow, his landscapes bear to Martian really a strong resemblance. Red lifeless soil, a severe environment even in the summer, the cross-country terrain involve researchers and students of the Canadian space agency and NASA as the convenient ground to training, carrying out experiments and testing of the equipment in the conditions which are brought closer to alien. 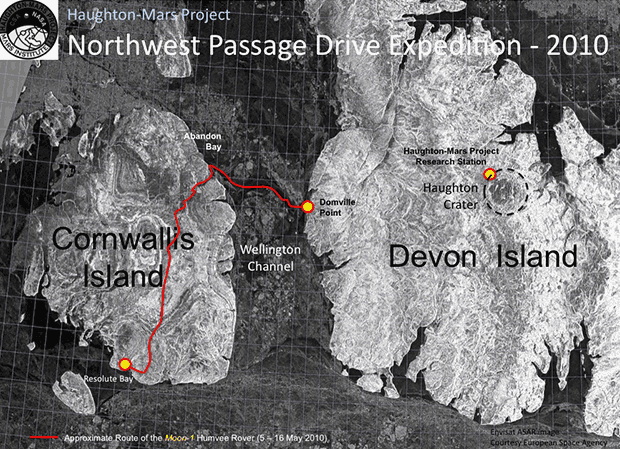 Island Kornuellis (at the left) and Devon. The red line has noted a route along which the Moon-1 all-terrain vehicle belonging to research base Hautton in May, 2010 has crossed the passage of Wellington dividing these islands on ice. On Devon the circle has designated a meteoric crater, and a yellow point — location of base.

The idea that on the island there take place shootings of an expedition of the mars rover belongs to one British ufologist. This idea with pleasure was picked up in the RuNet.
On Devon there is even the meteoric crater Hautton that gives him similarity to Mars even more. At the bottom of a crater not the first year works seasonal research base Haughton Mars Project Research Station. There various procedures and techniques of planetary researches are fulfilled. 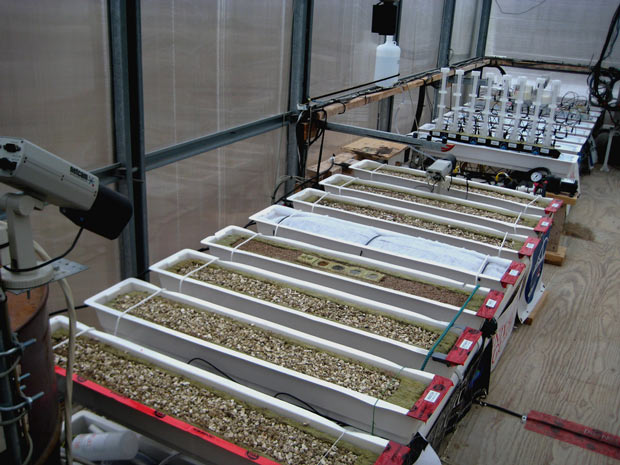 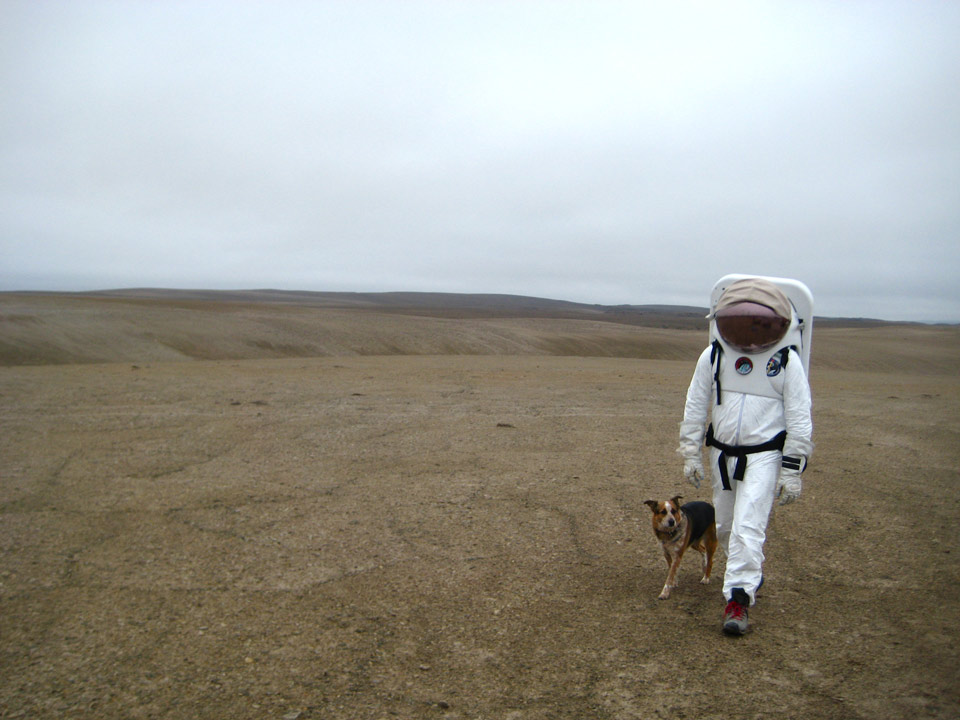 Imitate an exit to a surface in space suits 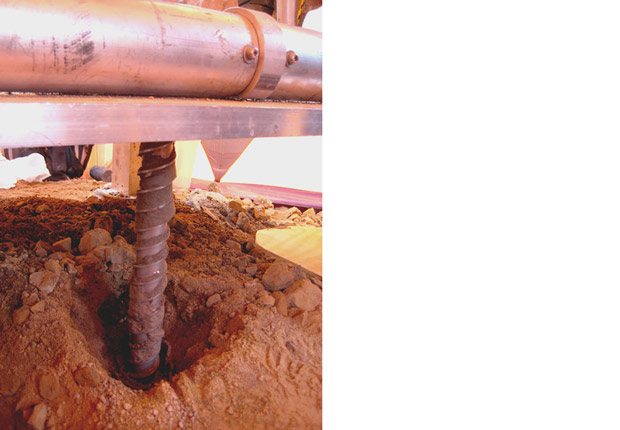 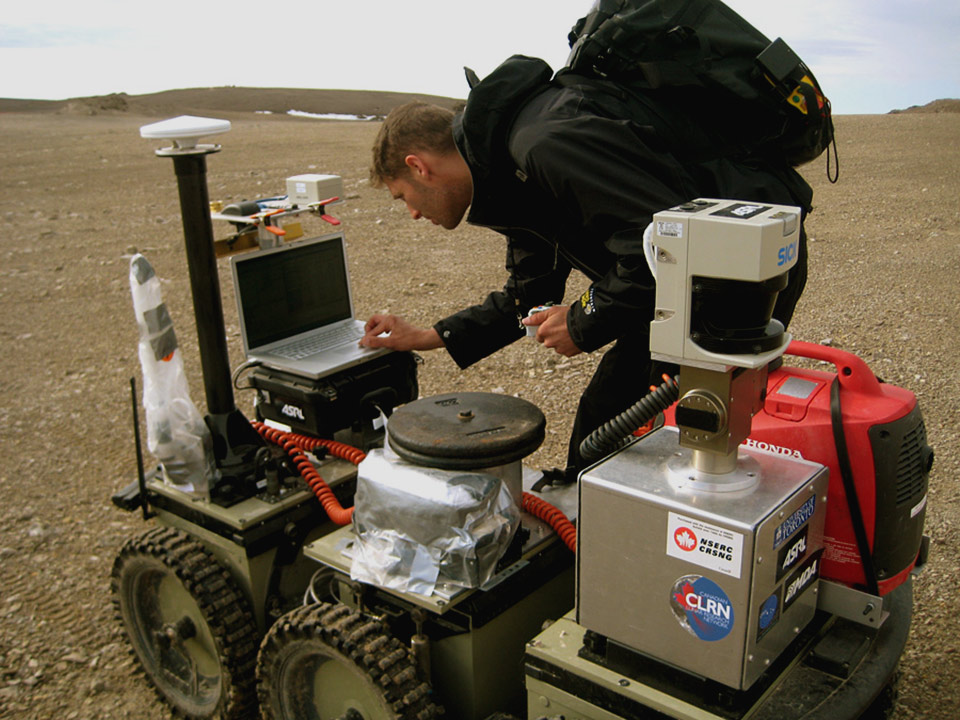 There are on Hautton also models of planet research vehicles 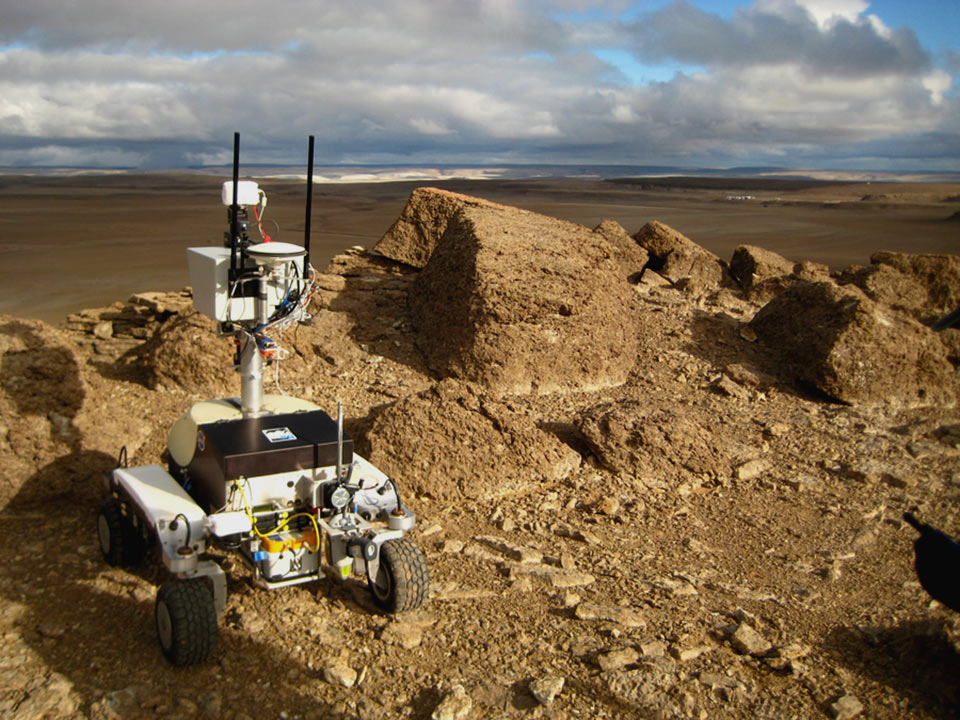 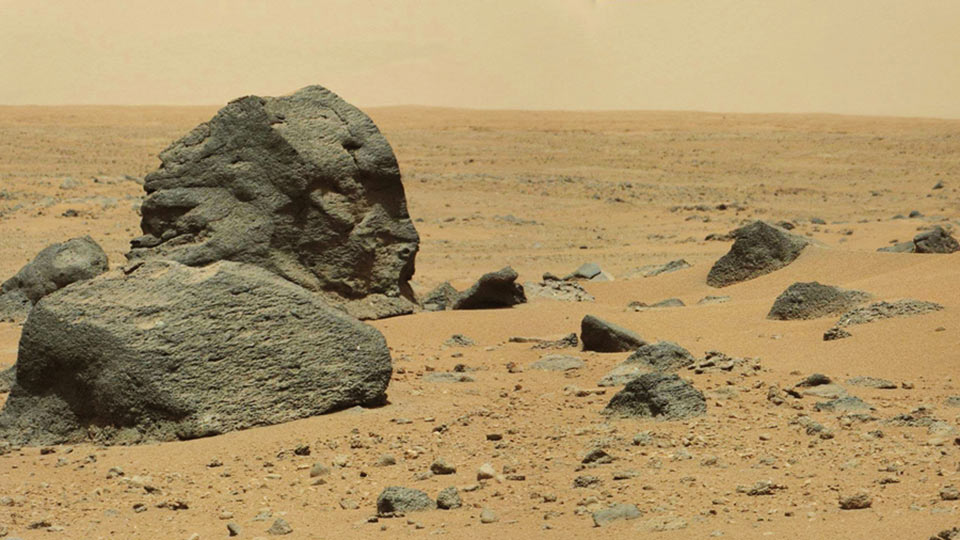 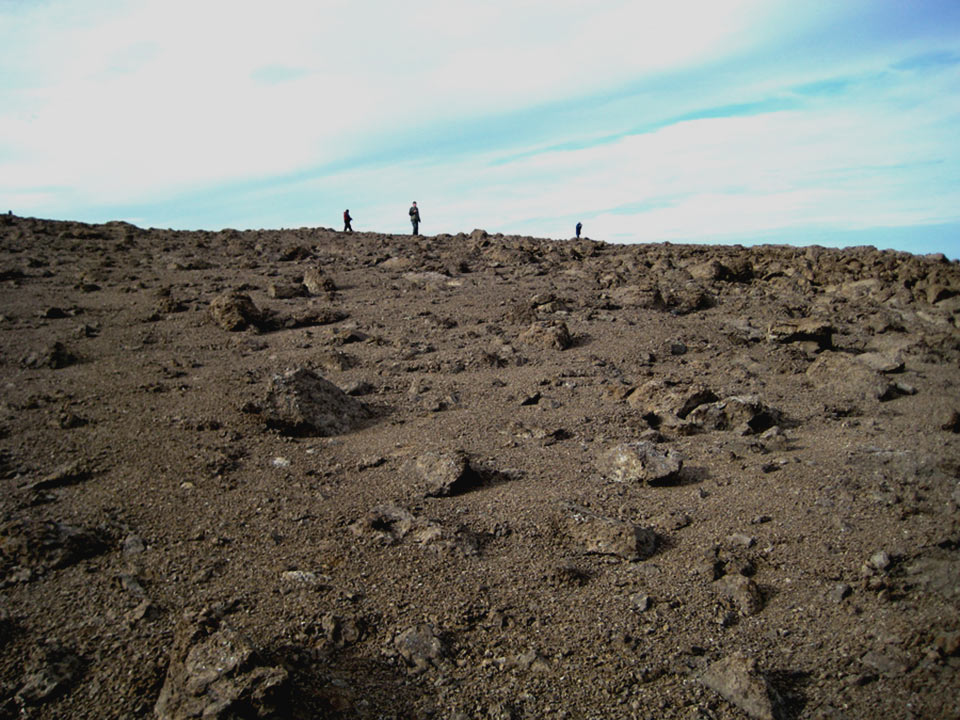 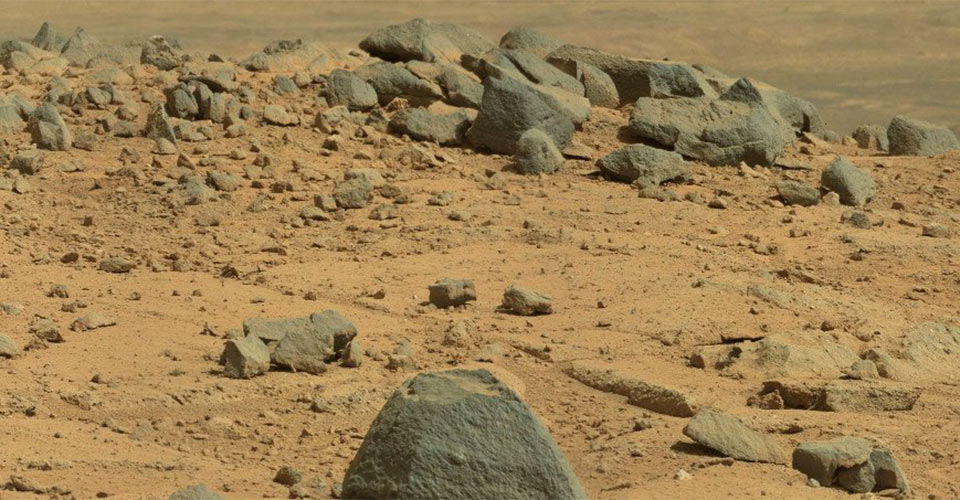 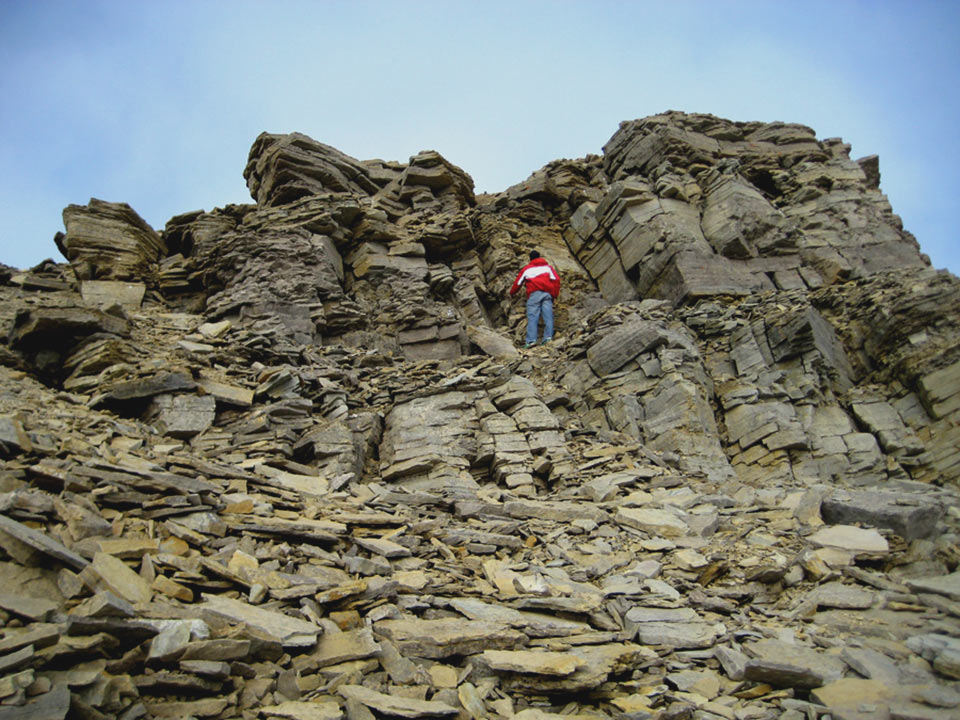 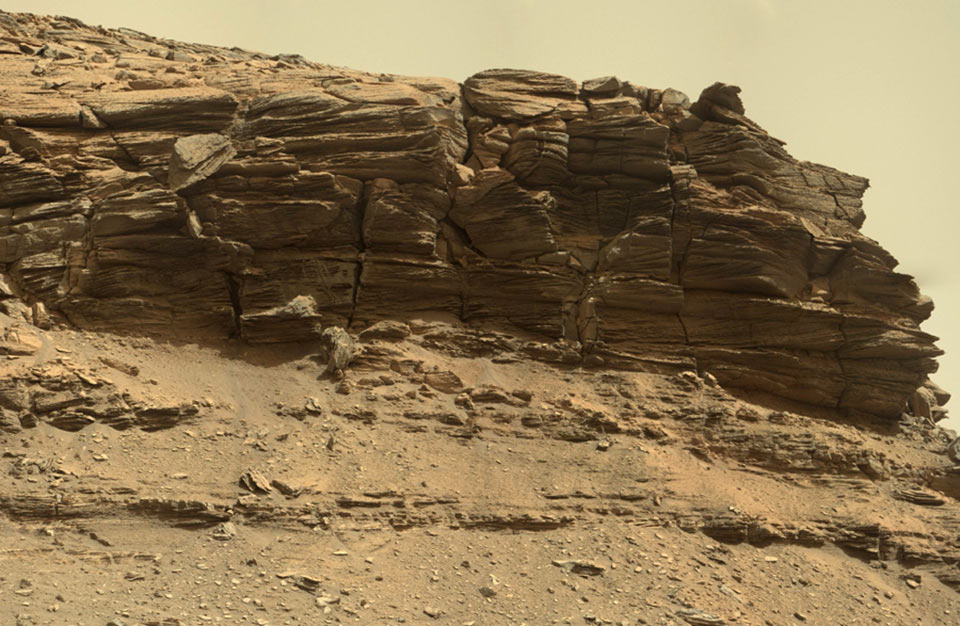 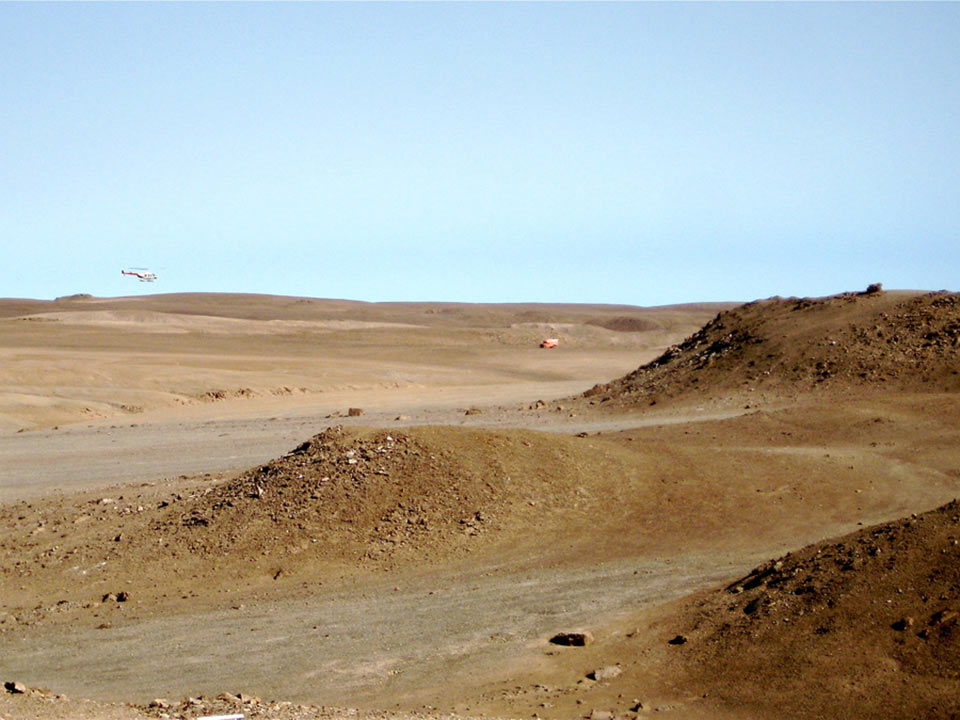 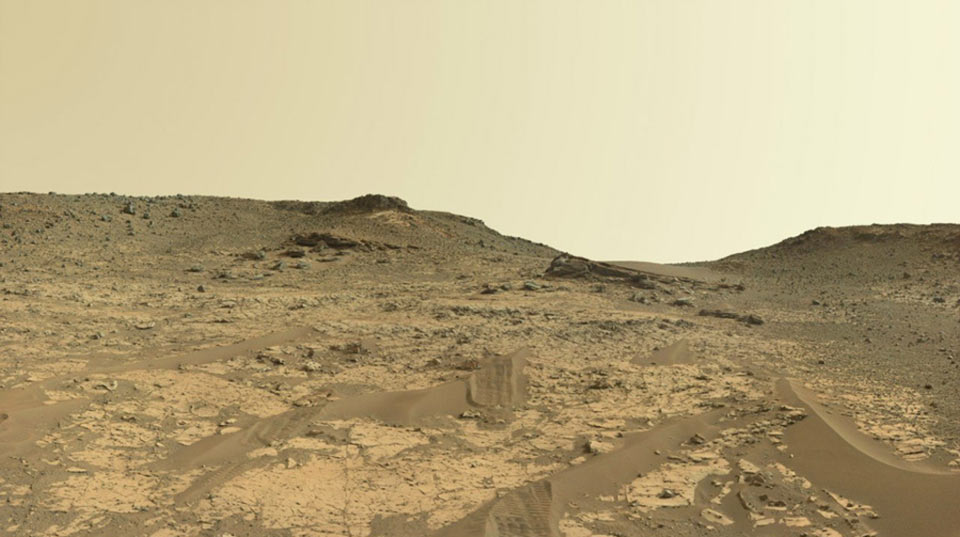 There are still unusual strangenesses in pictures of the mars rover. 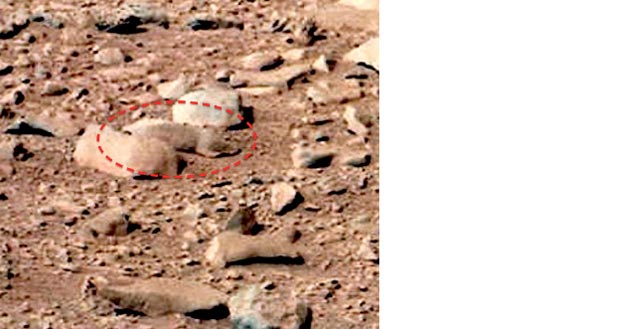 There is a seal who has forgotten something on the land 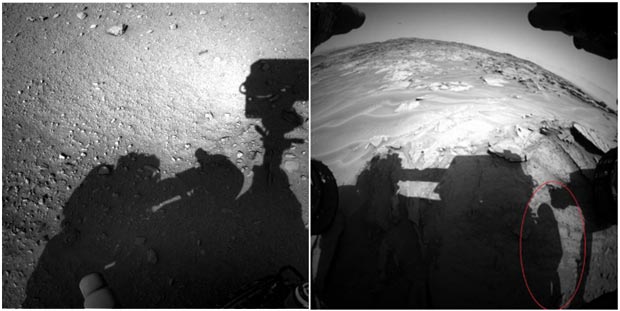 Nevertheless see these incontestable proofs of a terrestrial origin of pictures of the mars rover?! There are neither astronauts, nor seals with lemmings on Mars! But animals and people are on Devon. For the unmasker of plots everything meets: here it is counterfeit American Mars what here still to think?
But we will think. First, except polar fauna, enthusiasts with rich imagination found on Mars and other strangenesses. 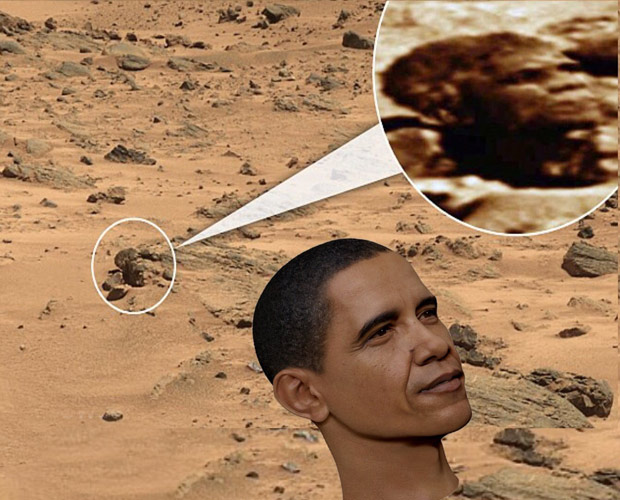 Nothing it on Devon meets. And here on Mars it is found constantly!

But we will continue the review of what is on Mars and what isn’t present on Devon.

The multimeter sandy dunes stretched on tens of kilometers 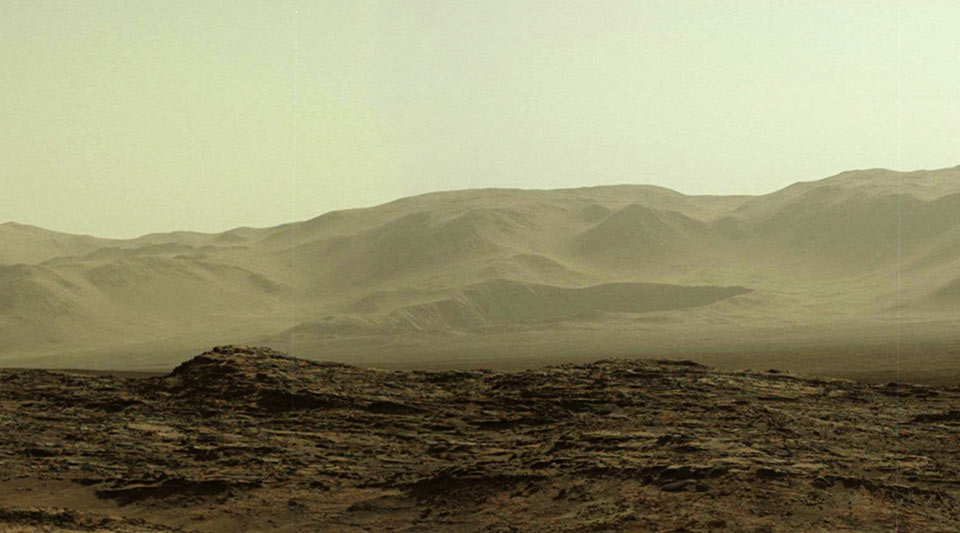 Over Devon Phobos and Deymos don’t fly by

Now we will address Devon and its differences from Mars. 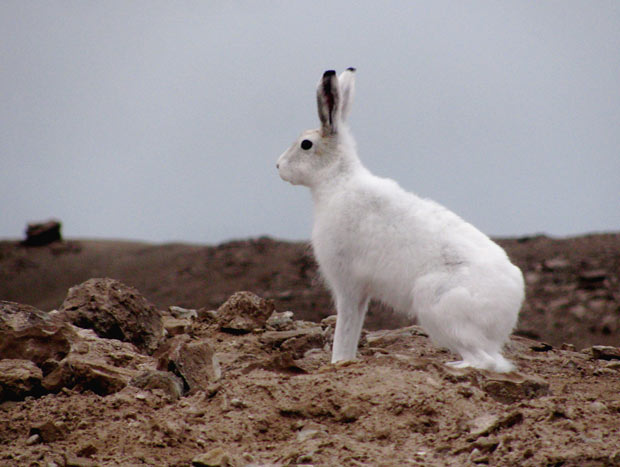 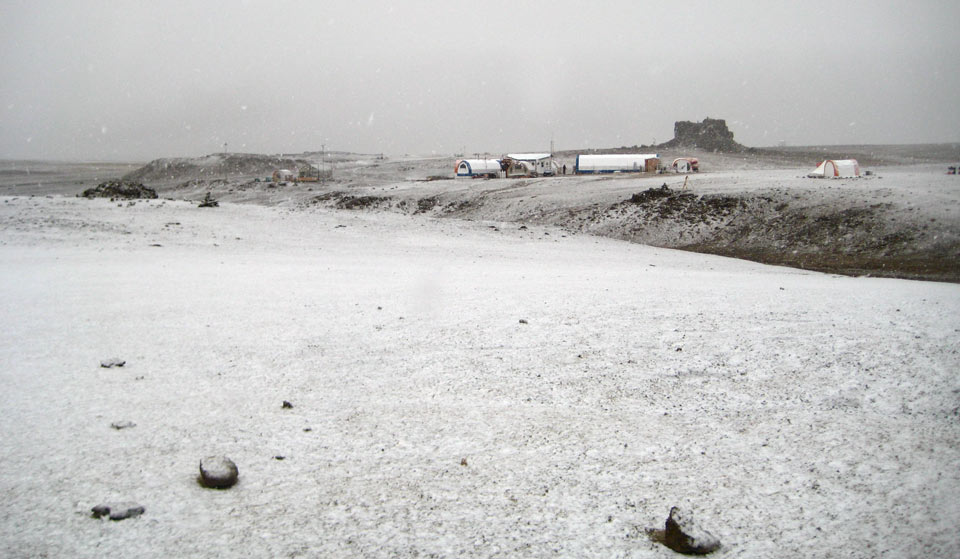 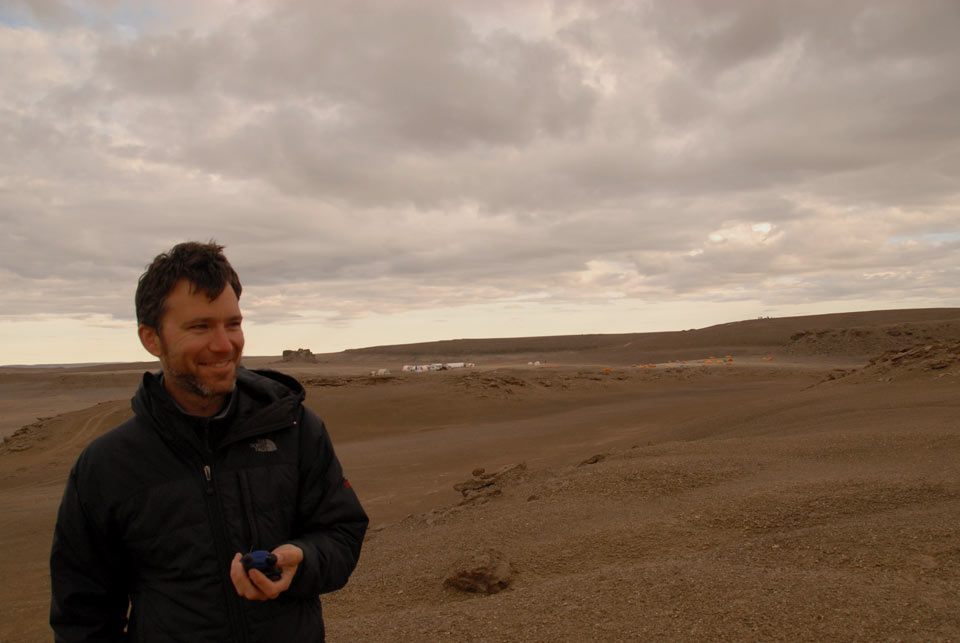 The dense clouds which are almost constantly closing the sky

As it was already mentioned, the Curiosity mars rover inspects the area on the area of 80х25 kilometers. If to impose it on Devon Island, then the considerable piece of its territory which easily could be tied to the area will turn out if lines of a landscape really matched. 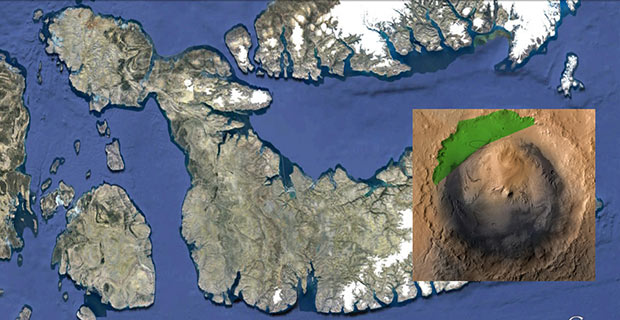 Diameter of the overview of the Curiosity mars rover (color insert on the right) imposed in scale on the map of the island Devon. Characteristic features of a landscape of such area couldn’t be hidden from the detached onlooker

However, by a strange coincidence, the panoramas observed by the Curiosity mars rover ideally lay down on satellite pictures of a crater of Gale on Mars. 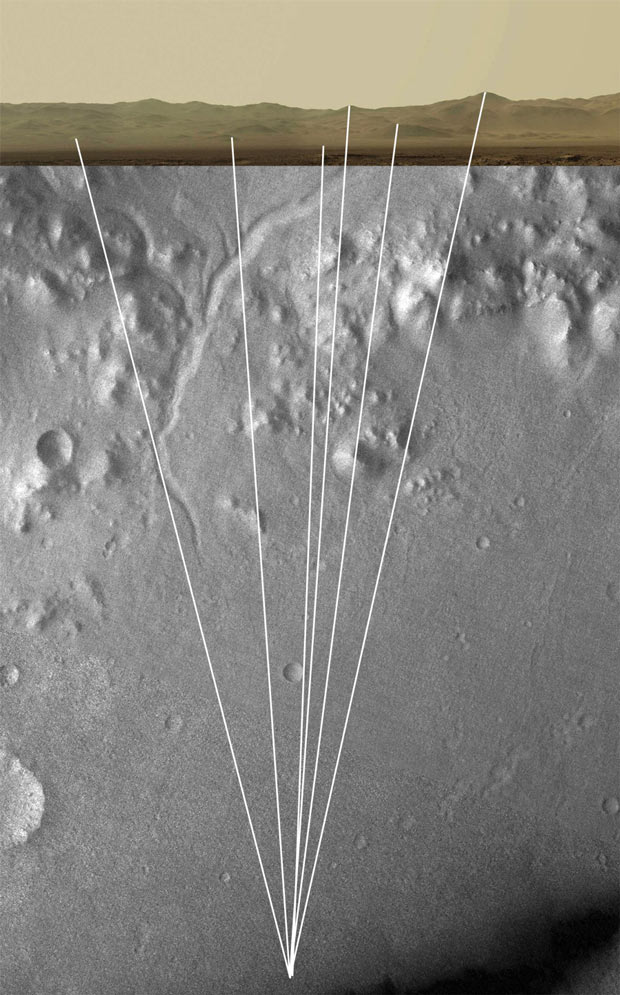 Of course, it is always possible to tell that all panoramas of the mars rover are drawn in 3D – a graphics, but, in that case, why to conspirators in general some Devon?

Also you shouldn’t forget that the Curiosity mars rover is the international project in which, except the USA, Canada, France, Spain and Russia participate. Data from the mars rover are used by scientists of wider list of the countries. Accusations of NASA in a fabrication of data automatically puts all these scientists in a row of the conspirators or fools incapable to identify a counterfeit which was seen by brave sofa ufologists.