From where to us know that we are actually people, but not robots 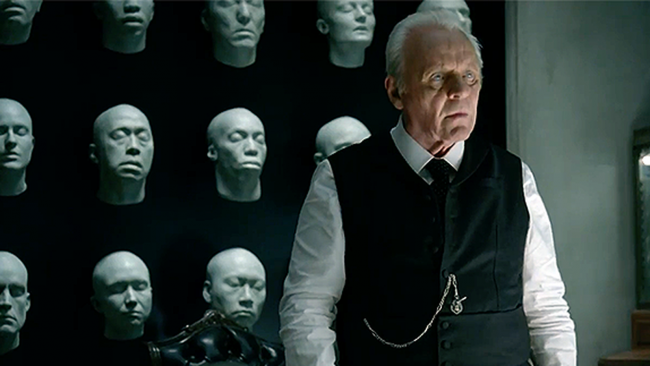 In the series “World of the Wild West” gaining popularity at some androids begin to arise — even not thoughts — gleams in their artificial consciousness that the park of robots was created that the rich money-bags coming to “the World of the Wild West” to play cowboys could kill and bang them. The reality falls, and we begin to ask a question: and from where to us know that we are actually people, but not some kind of artificial intelligence in a human jacket convinced what it is a person? Whether human creation can have free will? And if there is no difference between the robot and the person what difference? The Gizmodo resource communicated to philosophers, computer scientists and writers to learn their judgement in this respect.

professor of separation of philosophy at Institute of technology of Rochester

This question not new. Robots we or not, we asked this question at least since the beginning of the present when René Descartes wondered whether he can know for certain that others who behave as it aren’t dolls literally. Descartes came to this problem as understood that he has direct access from the first person to own thoughts, but can’t get into others head in the same way. The best that he could make, it to come to a conclusion that it is actually surrounded by other people and to believe that gracious God doesn’t deceive him.

But if to put God’s argument outside brackets and to assume that we can’t doubt existence of our own consciousness, we will come up with the idea of a brain – in – a tub (recall “Matrix”) or extremely difficult artificial intelligence embodied in the form of the robot. From the introspective point of view we can’t solve this problem. Also we don’t learn anything certain, asking others. They can be robots too, without knowing about it.

But there is a question of childbirth. Any who gave rise sees all this difficult tangled biology. But whether we can exclude what the superdeveloped civilization can build robots in the form of people (or similar to people) with their anatomy? Hypothetically such difficult physiology could deceive and methods of the modern visualization.

Considering these and other difficulties, I think that the output from a dilemma is in separating the relation of philosophical scepticism from outlook of a daily pragmatism. In the theory we can rotate a drum of this question eternally. But from the point of view of practice — to convince ourselves and others that we are independent mortal beings — we just should assume that we are made on the basis of carbon, but not silicon. Without this practical jump of a faith (that we such with what we accept ourselves) we can appear in an angle, immobilized, with identity crisis.

Well – with, I don’t trust in it. Any reasonable robot could find out in two minutes that it can’t be the person in principle. He can’t inhale, exhale, eat or defecate. It has no parents, children’s memoirs and age. He can’t be ill or catch a cold, he has no pulse. He doesn’t sleep, he not hematothermal and he has no body temperature or fingerprints.

It can be absolutely program construct at all not a physical being, but I consider that you won’t be able to feign the human being, without feigning the physical world in which we appear. We are products of a sunlight, oxygen, a rain, bacteria in us. We are incarnate material creations as crows or dolphins. Crows and dolphins are clever too, as well as we, but if someone speaks: “And what if the robot sincerely believes that it a crow?”, this scheme it will even be absurd to sound.

the associate professor of philosophy and cognitive sciences at University of Connecticut, the writer

Learn whether there can be cars conscious — whether they can feel definitely to be them. If they can’t, then you aren’t AI and not the robot. Because you can tell right now that you have consciousness.

the writer, the computer scientist and the former engineer ON in Google and Microsoft

The absurdity is a human sign. If people are natural beings, and robots — artificial creations, then any designer who would create me has to possess so amusing and unpredictable approach that he or she will be indistinguishable from any nature. Therefore I don’t think that we can be robots in the sense that we serve a certain confidential owner. We are hardly able to serve ourselves, without speaking about somebody else.

And though I can’t present that I am the robot in the sense that I have a hidden mission, there is a great concern connected with fear of not authenticity, unauthenticity own “I”. I think therefore we also worry on this subject. To be the robot means that we were somehow deceived; that in spite of the fact that we feel free independent beings, we actually are tools something or someone else. We are afraid not that we are robots and that our existence is a deception, and we are deceived.

Perhaps, we are just simulations of artificial intelligence to which have set the project of a research that will occur if Trump becomes a president. But if we are the live, breathing beings, we suffer and we live in the world, then this world for us is so real, as well as any of other possible. To call it simulation — means not to change our lives in any way, not to make our suffering less real. If we behave and we think as people if we feel and we think as people, then we fit into definition of the person which we have. Perhaps, we and robots, in the end of the ends, but we remain people from any practical point of view.

Our concern, in that case, is in what to be a person — not that all of us thought — that ourselves don’t correspond to own definition of the person. And it, I am afraid, almost for certain truly. In different cultures differently see soul, human essence, mankind, and all these definitions either are incorrect, or aren’t proved. Hardly we are robots, but also not those whom we consider ourselves.