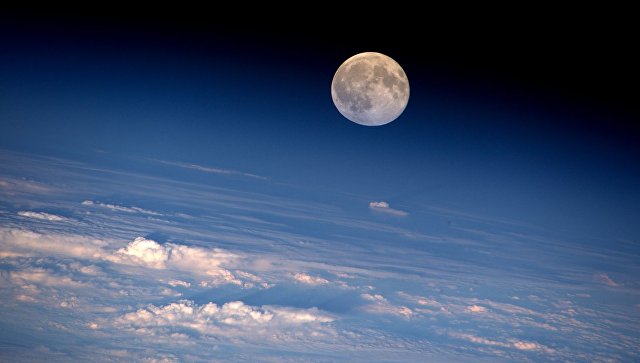 Japanese scientists have found that the frequency and strength of earthquakes increases during full moons and new moons, when the tidal forces of the moon acting on the Earth the strongest possible way.

Moon, Earth and the Sun rotate around each other, not perfectly circular orbits, constantly approaching and moving away from each other. The product of these approaches and removals are the so-called tidal forces, which, for example, pull the atmosphere and oceans of the Earth to the moon that creates the tides. Similar processes in the bowels of the satellites of the giant planets warm up their breed. This allows oceans of liquid water exist beneath the ice of Enceladus, moon of Saturn, and Europe, a satellite of Jupiter.

Satoshi IDE (Satoshi Ide of the University of Tokyo (Japan) and his colleagues showed that tidal forces do affect the behavior of the Earth, increasing earthquakes during full moons and new moons, by examining how the Moon could affect the largest earthquake in the last 10-15 years. One of them entered the aftershocks in Sumatra in 2004, earthquake in Central Chile in 2010 and the earthquake in the Prefecture of Tohoku in 2011.

As suggested by scientists, the attraction of the moon largely influences the behavior or properties of near-surface crustal rocks, and its deeper layers, where the accumulated tectonic stress. Pulling the rock of the Earth weaker or stronger, the Moon changes the pressure in the rocks on this level, so the strength of earthquakes that occur when you release this tension, can be either weakened or strengthened.

Following this idea, IDA, and his colleagues studied how varied the pressure in the bowels of the Earth in the vicinity of Sumatra, East of Japan and Chile for a month before there was any earthquake, and compared these data with the cycles of the moon.

As it turned out, the day before all these events happened or the full moon or the new moon, when, as explained by geologists, there is highest pressure on the lunar deep interior of the Earth. A similar dependence, as shown by further analysis of the data was also characteristic of the less catastrophic of earthquakes, the higher was the force of the earthquake, the more often it happened at the moment the most powerful action of attraction of the moon.

For example, the calculations of Japanese researchers indicate that the potential earthquake with a magnitude of 5.5 can be strengthened to the real magnitudes in 8 if it happened during a full moon or new moon.

This discovery, according to the IDA, and his colleagues, can be used to predict the strength of the earthquake at the moment of the first shock, focusing on how the tense of breed at great depths and how much they are influenced by the Moon at the current time. This will help to make more accurate forecasts and save lives of potential victims of such catastrophes.