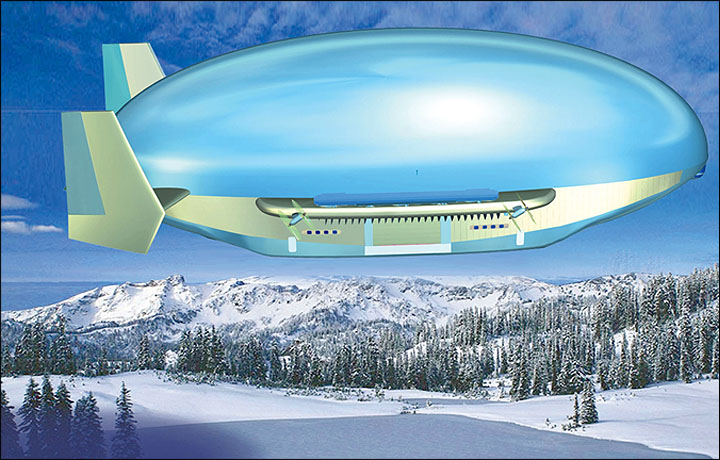 Russian Security Council put forward a plan under which it is expected to invest over $ 230 billion for the development of Siberia using these futuristic airships.

Airships will provide transport coupled with the high-speed rail routes TRANS-Siberian railway network and the Northern sea route, which became more accessible due to global warming. They have the potential to do the work of five Mi-8 helicopters.

The first generation of airships fell out of use in the 1930-ies, after several large-scale tragedies like the crash of the German “Hindenburg” in 1937.

However, the new balloons have a significantly higher performance, including enhanced ability to resist to strong winds, and this means that they will be better adapted for the flights in the airspace of the Arctic.

Currently there are works on creation of the balloon “Atlant” for the Russian armed forces.

Developed by Corporation “RosAeroSystems”, the airship “Atlant” (aerostatic transport aircraft of a new type), potentially capable of carrying military units of up to 200 people or up to 60 tons of cargo at a speed of about 140 kilometers per hour. Start of production is scheduled for late 2018.

According to the English publication of “Siberian Times” in a letter submitted to Deputy Prime Minister Arkady Dvorkovich said that the proposed scheme will create the necessary conditions for a deeper exploration of Siberia, the Far East and the Arctic.

However, although the first of such airships may appear in 2018, the entire project, if approved, will not be completed until approximately 2035.