Futurologist predicted the appearance of a translator for pets 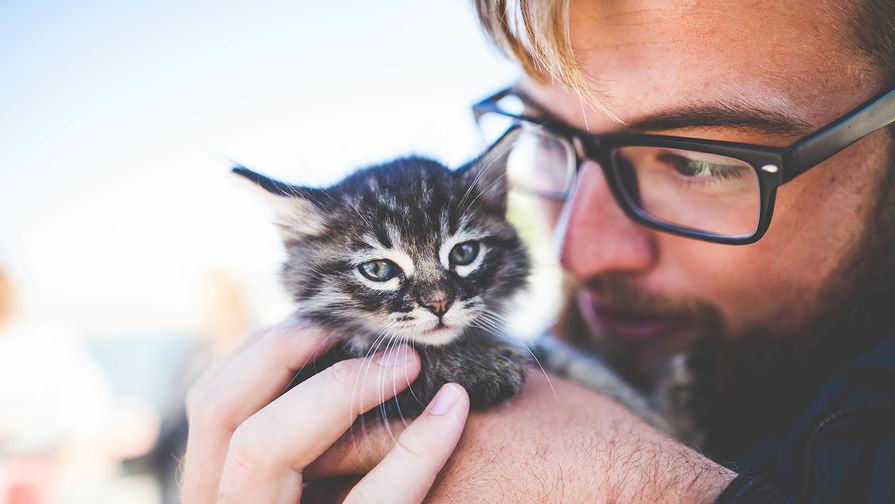 Scientists believe that the technology of machine learning will in the future create a device-translator that will help communicate with cats and dogs. According to the most optimistic forecasts, humankind will be able to understand speech of domestic pets in 10 years.

Futurist William Hayem, author of Next Big Thing about consumer trends, said in his report that after a decade or so, mankind would invent a device for translating the speech of domestic animals.

According to Hayem, such devices will await a huge success in the market. “Innovative products that are well received by consumers are based on the availability of demand. The amount of money that people spend on animals – they have already become fuzzy children for many – means that such a device may be required by many. Someone has to put two and two together, “the scientist believes in an interview with The Guardian.
“Many already talk to dogs”

Hayem in his report refers to the study of Professor Kohn Slobodchicoff from the University of Northern Arizona, who for 30 years studying the behavior of prairie dogs. To do this, he used artificial intelligence technology that helped him establish that these animals have “a complex communication system that has all the characteristics of the language.”

According to the study of Slobodchikoff, meadow dogs have separate “words” for different types of predators, colors of human clothes and skins of other animals.

The scientist is sure that other animals have similar communication systems that can be deciphered, and now he is trying to raise funds for the creation of a translator for dogs and cats.

“Many people would happily communicate with their dog or cat or at least learn what their pets want. Many already talk with dogs and share the most intimate secrets. I’m not so sure about cats. It seems to me, basically they would say “hey, you idiot, just feed us and leave me alone,” Slobodchicoff said.

The psychologist at Portsmouth University, Julian Kaminski, who studies the interaction of people and dogs, is less optimistic and believes that a translator from a dog who turns bark into a conscious speech will not appear soon. According to Kaminski, the communication tools used by dogs can not be called a language from a scientific point of view.

Nevertheless, the scientist admits that these animals demonstrate primitive signals about what they want and how they feel.

For example, dogs wag their tail to the right when satisfied, and to the left when they are upset. However, Kaminski believes that people can not always consider such signs, and therefore artificial intelligence may have difficulties with the “translation”.

The psychologist noted that such a device capable of interpreting signals could be useful for people with low intuition or small children who sometimes lack experience in this area.

Kaminski gave an example when children are shown pictures of a dog with a bared mouth, kids often believe that the dog is “happy”, because he “smiles.” In such cases, the translator could point out the danger and recommend not to approach the dog.

Symbiosis of the brain and technology

In recent years, the development of the technology of machine learning has led to great success in the field of automatic speech recognition and translation. Modern algorithms interpret the language based on huge data sets, rather than on a set of fixed rules, as it was before.

In 2016, the market appeared “smart” collar Catterbox, which translates the cat’s meow into words, but, unfortunately, the speech about the scientific approach here initially did not go – the gadget chooses phrases at random and serves, rather, for the entertainment of the owner.

About three years ago was presented a headset for dogs called No More Woof. In this case, the developers still tried to “climb the pet in the head” and said that their device will recognize three canine conditions – hunger, fatigue and curiosity. Unfortunately, “will” remains the key word in the previous sentence, since the project has so far stopped at the fund-raising and pre-order stage.

It should be noted that the wide possibilities of machine learning force scientists to actively engage in the technology of connecting the brain of living beings and the computer. Previously, Facebook told about its project Building 8, the implementation of which will allow to print digital text with the power of thought.

According to the developers, this technology will open new opportunities for people with disabilities, for example, paralyzes or visually impaired people who will be able to communicate fully, using only brain power.