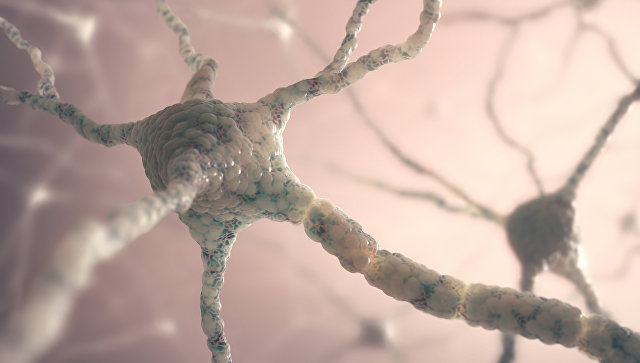 Molecular biologists framed and successfully tested the first retrovirus therapy for treatment of Alzheimer’s disease, having saved and having protected mice from consequences of its development, it is told in article published in the PNAS magazine.

“Though now still very much early to speak about it, results of our experiments say that gene therapy can be used for treatment of Alzheimer’s disease. For this purpose we should overcome the mass of obstacles, and so far we can enter similar gene therapy any otherwise, except as a direct injection into a brain” — Magdalena Sastre from Imperial college of London (Great Britain) declared.

It is considered that Alzheimer’s disease causes accumulation in neurones of pathogenic substance, protein of a beta amyloid. It is formed of “scraps” of protein of APP which participates in processes of repair of the damaged neurones and formation of communications between them. Disturbances in processing of molecules of this protein lead to emergence of plaques of a beta amyloid and destruction of nervous cells.

In the last two years biologists considerably promoted in a comprehension that causes this illness and what it is. For example, recently scientists found out that Alzheimer’s disease can be infectious, found out that plaques of a beta amyloid can be an important part of congenital immune system, and found several perspective methods of its treatment.

One of such ways – to force the protein of PPARGC1A bound to work of systems of cellular self-cleaning and a cellular metabolism to fight more activly against beta amyloid plaques. Sastre and her colleagues assumed that it can be carried out by means of the gene therapy inserting additional repetitions of this gene into cells of a hippocampus, the center of memory, and into a cerebral cortex.

For check of this idea scientists grew up population of the mice suffering from Alzheimer’s disease into whose brain they entered the special retrovirus comprising “excess” repetitions of PPARGC1A. Other group of rodents whom they didn’t infect with a virus made control group.

In four months scientists compared how the condition of mice in that and other group changed. It turned out that emergence of additional repetitions of PPARGC1A extremely positively affected a condition of rodents, having sharply reduced quantity of balls of a beta amyloid in their nervous cells and having prevented emergence of negative consequences from a course of a disease of Alzheimer.

According to scientists, such mice had good memory and they coped with a task of search of an exit from a labyrinth and other cognitive problems it isn’t worse, than the healthy rodents who weren’t suffering from Alzheimer’s disease. The fact of their treatment was confirmed by the fact that almost any cell didn’t die in their hippocampus and a cortex where mass death of neurones at offensive of the last phases of Alzheimer’s disease is usually observed.

As scientists hope, their practices will form a basis for development of a retrovirus vaccine suitable for use among people and not demanding potentially fatal input of drug directly in a brain. According to scientists, similar gene therapy can be applied not only at already existing Alzheimer’s disease, but as the peculiar “inoculation” preventing its development.