Genes affect intellect, but we can not improve the mind 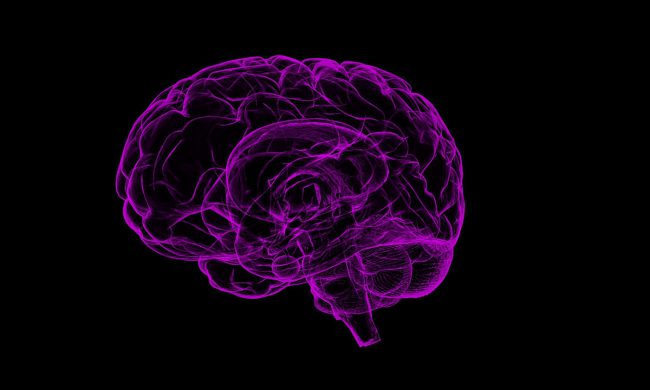 “First let me tell you how clever I am. That’s so much. In the fifth grade, a mathematics teacher said that I was clever in math and, looking back, I must admit that she was right. I can tell you that time exists, but it can not be integrated into the fundamental equation. And it’s not necessary for me to believe. Most of what people say is true only in part. And I say. ”

So begins his story computing biologist from Cambridge, Jim Kotsubek. In a work published in Nature Genetics in 2017, it was reported that after analyzing tens of thousands of genomes, scientists linked 52 genes with human intelligence, although no option provided a greater increase than a few hundredths of a percent to intellect. As the senior author of the study, Daniel Postum, a genetic geneticist at the University of Vries in Amsterdam, said, “it will be a long time before scientists can actually predict intelligence using genetics. Despite this, it is easy to imagine the social consequences of concern: students applying the results of sequencing the genome to the application for admission to college; Employers who dig into the genetic data of suitable candidates; IVF, promising the child a high level of intelligence through the use of CRISPR-Cas9.

Some people are already ready for this new world. Philosophers like John Harris of the University of Manchester and Julian Savulescu of Oxford University argued that we will be required to manipulate the genetic code of our future children, for the benefit of them. Also the term “parental neglect” was expanded to include “genetic neglect”, suggesting that if we do not use genetic engineering or cognitive improvement to improve our children, it will be wrong. Others, like David Correia, who teaches at the University of New Mexico, foresee an anti-utopian future in which the rich will use the power of genetic engineering to transfer power from the social sphere to the form of a genetic code, creating “blue blood” in the literal sense.

Such problems are of a long-term nature; the public is wary of the change in genetics ever since scientists invented recombinant DNA. Back in the 1970s, David Baltimore, who received the Nobel Prize, wondered whether his pioneering work would show that “the differences between people are genetic differences, not environmental ones.”

As it turned out, genes have an effect on intelligence, but only in a broad sense and in an indirect manner. Genes participate in complex relationships that create neural systems that may not be reproducible. In fact, scientists who are trying to understand how genes interact, creating optimal networks, face the so-called “traveling salesman problem”. The biologist-theorist Stuart Kauffman in his article “On the origin of order” (1993) described it this way: “The task is to start with one of the N cities, go alternately to each city and return to the beginning in the shortest possible way. This problem, which is easy to formulate, is in fact extremely complex. ” Evolution first closes on several working models, and then, for thousands of years, it hones the solutions, but the best that computers can do to create the optimal biological network from several inputs is to use heuristics, that is, shortened solutions. Complexity goes to a new level, including because the proteins and cells interact at higher dimensions. What is important, genetic studies do not allow diagnosing, treating or eliminating mental disorders, nor do they explain the complex interactions that give rise to the intellect. We will not be able to create a superman in the near future.

In fact, all this complexity can withstand the ability of species to evolve. Kauffman introduced the concept of a “complexity catastrophe”, a situation in complex organisms, when evolution has already done its work and the genes have intertwined so much that the role of natural selection has diminished, yielding to the performance of an individual individual. That is, the species has paved its way to a form in which it can no longer easily evolve or improve.

If complexity is a trap, then there will be a thought about the elitism of individual genes. In the 1960s, Richard L. Levontin and John Hubby used a new technology – gel electrophoresis – to separate the unique variants of proteins. They showed that different forms of the same genes or alleles were distributed much more variably than expected. In 1966, Levontin and Hubby discovered the principle of “balancing selection,” which explains that suboptimal gene variations can remain in the population because they contribute to diversity. The human genome works in parallels. We have at least two copies of any gene on all autosomal chromosomes and the presence of copies of the gene will be useful, especially for the variety of the immune system, if evolution wants to try out a relatively risky option while maintaining a proven and working version of the gene. Over time, genetic variants that may introduce a certain risk or novelty will return or follow a positive genetic variant. If this has any consequence for the human intellect, then the genes have a parasitic property to follow one another; none of them will be so excellent as to use other genes did not make sense.

It is important to note that we have known for a long time that 30,000 genes can not determine the organization of 100 trillion synaptic connections of the brain, pointing to irrefutable reality: intellect, to a certain extent, is hardened by problems and stresses during brain development. We know that evolution sometimes takes a risk, so we will always have genetic variations that are responsible for autism, obsessive-compulsive disorder, depression and schizophrenia; therefore, the view that science will finally solve problems with mental health is fundamentally wrong. For evolution, there are no excellent genes, only risk-related and optimal for specific tasks and conditions.

Believe a biologist, he should know.