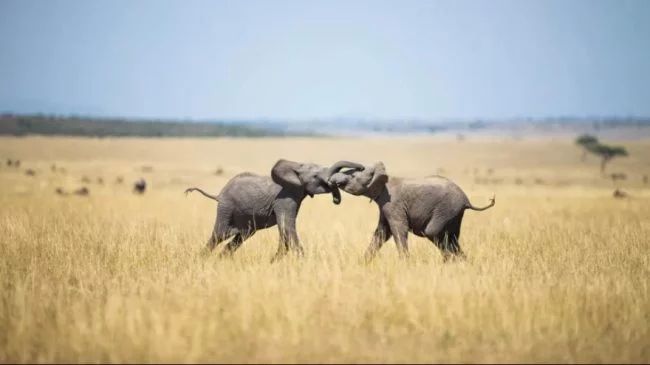 The international consortium, comprising more than 50 institutions, recently announced an ambitious project to collect high-quality genome sequences of 66,000 vertebrate species throughout the Earth, including mammals, birds, reptiles, amphibians and fish. The total project will cost $ 600 million, but its proportions, so to speak, are biblical.

The vertebrate genomes project (VGP) is being organized by a consortium called Genome 10K, or G10K. As the name suggests, this group originally planned to sequester the genomes of at least 10,000 vertebrate species, but now, thanks to the tremendous success and cost of gene sequencing technologies, the G10K has decided to raise rates and sequencing both males and females from each of approximately 66,000 species on Earth.

How many terrestrial species can be saved if 99% die?

The creators of the project announced new goals during the G10K 2018 conference, which was held at the Rockefeller University in New York. The project will include more than 150 experts from 50 institutes and 12 countries.

Together with the announcement, 14 new high-quality genomes of species representing all five classes of vertebrates, including the genomes of the large horseshoe bat, the Canadian lynx, the platypus, the hummingbird of Anna, the kakapo parrot (of which there are only 150), the turtles of the Hud desert, the tailed wormwood (strange amphibian, similar to a snake) and anabas. These 14 genomes and others collected under the project will be available to scientists for research purposes.

VGP is not just a sequencing of animal genomes. Like the Human Genome Project, this enterprise will definitely make breakthroughs in high-quality sequencing and genome assembly, which will lead to lower costs and less errors. The project will also address important issues in biology and medicine, which will immediately become useful for the study of evolution, genomics and conservation biology. A complete catalog of the vertebral species of the Earth could serve as a protection against extinction – both to prevent extinction, and for the possible restoration of species in the future.

Oliver Ryer, co-founder of G10K and director of the Institute of Conservation Studies at the San Diego Zoo, says VGP has the potential to “transform all areas of biology.” He believes that scientists will be able to understand the causes of extinction, as well as the appearance of harmful mutations, inbreeding and genetic bottlenecks. People will have the opportunity to preserve their biological heritage.

When the G10K was launched 10 years ago, its members had no idea how long it would take to sequester genomes of sufficient quality to engage in science and it was available.

“I’m incredibly excited because we now have all the leverage to make it right,” says David Haussler, co-founder of G10K and director of the Institute of Genomics at the University of California at Santa Cruz. “Now we have no reason not to.”

To create high-quality genome assemblies, the VGP team prefers “long records” rather than short, that is, when sequencing technologies produce long fragments of genetic data. Of these, it would be simpler to assemble DNA sequences into entire chromosomes. Instead of working with a puzzle of millions of individual pieces, long notes will lead to a puzzle of thousands of those.

In addition, scientists will refrain from combining male and female chromosomes into one genome – a common practice that leads to too big mistakes. Instead, the team will collect both the paternal and maternal DNA of individual individuals in the phasing process. Each species will be collected separately and so that the work does not need to be repeated in the future.

Indeed, not so long ago it cost millions of dollars and it took many years to complete the genome of even one animal. New sequencing technologies will soon allow the creation of a whole genome in one week, says Adam Philippi, representative of the G10K Assembly. Currently, DNA sequencing of a new species costs about $ 30,000.

The new genome sequences will be stored in the Genome Ark database (the Ark), a digital open genome library.