Genetically modified mosquitoes have allowed to use as weapon against malaria 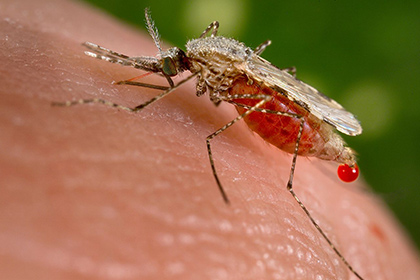 The parties of the convention of the UN on biological diversity have rejected the offer to impose the moratorium on application and tests of technology of the gene drive. By means of her scientists plan to remove genetically modified mosquitoes which will spread the changed DNA in population and will become weapon against malaria.

Genny Drive (gene drive) — a method which allows to extend quickly the gene changed by the person among animals or plants. Scientists want to use him for reduction or destruction of population of malarial mosquitoes by reduction of their fertility. However the nature protection organizations are afraid that use of technology will lead to extinction of many animal species or reproduction of undesirable organisms.

At a conference in Mexico participants of the convention have approved use of the gene drive, having called for care when carrying out field tests and careful assessment of possible risks. At the same time some countries have supported the moratorium.

Scientists understand that misuse of the gene drive can become the reason of environmental disaster. So, the British geneticist Kevin Esvelt has urged colleagues to discuss publicly a method and to make efforts to make him safer.

For creation of the gene drive the CRISPR technology is used. If one of parents of an individual was the carrier of a mutant gene, then he can give him to the descendant with 50 percent probability. It occurs because the parent has two copies of a gene, only one of which is defective. However CRISPR is capable to copy a mutant fragment and to insert it into a healthy gene. Thereby descendants receive a mutation with 100 percent probability.