Geneticists found a direct descendant of the Scottish king Bruce 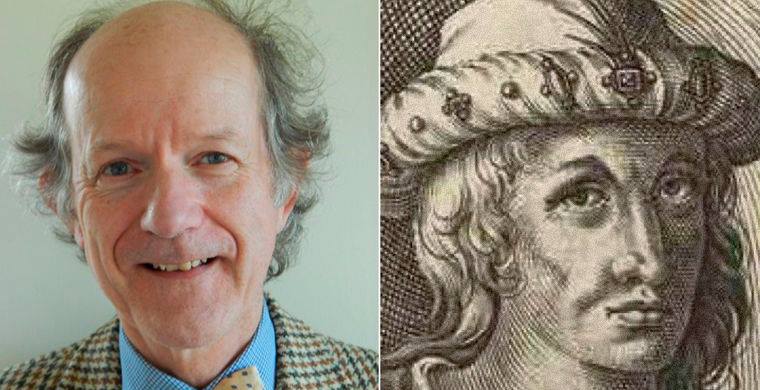 The owner of a small company Pan Controls, Show Archie Stewart was a direct descendant of the Scottish king Robert III, who ruled at the turn of XIV and XV centuries.

Geneticists have been able to calculate the descendant of the Royal family due to the unusual single-nucleotide mutation affecting one of the sections of the DNA of Robert III, great-grandson of the Scottish monarch, Robert I the Bruce. The mutation was absent from his father and brothers. According to The Daily Mail, scientists have conducted several tests in the study, University of Strathclyde.
Using this mutation as a marker, geneticists have analysed the DNA of several volunteers, whose ancestors had long lived in Scotland, and in the end found that living Archie Shaw Stewart is a direct descendant of king Robert III through the male line.

At birth Robert III was named John Stewart. Great-grandfather of Robert III Walter Stewart (1293-1326) was one of the major Scottish commanders at the battle of Bannockburn. In this battle, smaller forces of king Robert the Bruce was able to defeat the English army and restore the independence of Scotland, lost not long before.

Walter Stewart distinguished himself in battle and married Marjorie, daughter of the king related with the kingdoms of the house. The battle of Bannockburn became a symbol of Scottish unity and struggle for independence, exerting a significant influence on the formation of the Scottish nation and Robert the Bruce, making one of the greatest Scottish monarchs.

Archie Shaw Stewart said that his relatives had attempted to restore the family tree, and also came to the conclusion about a possible kinship with the Royal dynasty of Stuart, which ruled Scotland from 1371 and England for the main part of the XVII century. However, it is recognized Archie Shaw Stewart, the data did not cause one hundred percent confidence, but now thanks to DNA tests of assumptions were confirmed.

Among the descendants of the dynasty of Scottish kings including the famous Russian statesman, count Yakov Bruce Bilimovich. He was one of the closest associates of Peter I, and firmly established him the reputation of magician, the “sorcerer with the Sukharev tower” and the first Russian Mason.
Bruce accompanied Peter in his foreign journey in 1697, and, performing various assignments in England, doing mathematics under the guidance of British scientists. Bruce stay in England influenced the future symbols of Russia. It is believed that St. Andrew’s flag, introduced in Russia in 1698, appeared thanks to the efforts of Scot Bruce.