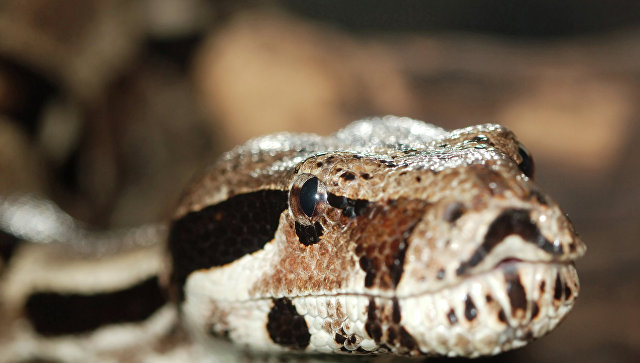 Snakes lost legs thanks to three mutations in DNA which “turned off” work of a gene of SHH which is responsible for growth and forming of extremities in germs of vertebrate animals it is told in article published in the Current Biology magazine about 100 million years ago.

“The fact that all chain of genes which is responsible for growth of legs still is present at a genome of snakes and that it was “disconnected” by very pointed modifications of DNA is very accurate hint on how there were snakes. As we consider, they obviously evolved from the ancestor who possessed normal legs, and genomes of snakes are the live proof of it” — Francisca Leal from university of Florida in Geynsville (USA) declared.

As genetic data, a characteristic “snake” shape of a trunk – a long body, the head and lack of any extremities show — could develop among expected ancestors of snakes of at least 26 times. A variety of shapes of a body at the ancient snakes found in deposits of the Mesozoic and Cenozoic doesn’t allow scientists to come to a consensus as they developed and why they passed to such conduct of life.

Rather recently famous American paleontologist Nicholas Longrich and his colleagues found fossilized remains of a snake of times of the Jurassic Period who possessed four legs and lived in burrows. This fossil forced scientists to consider that transition to life in holes was the main reason of disappearance of legs at ancestors of modern snakes at least 90 years ago when there lived a huge legless snake of Dinilysia patagonica.

Lil and some other scientists under the leadership of the famous geneticist Martin Cohn found confirmation to it and found out, how exactly snakes lost legs, watching growth of germs of the pythons possessing a rudimentary remaining balance of legs, and several types of other types of snakes and lizards.

As scientists explain, growth of extremities of mammals and reptiles the special gene and protein – SHH called so in honor of “Sonik’s hedgehog” from prefixal games of the Japanese company SEGA manages. Shutdown of this gene in a germ of mice and other vertebrate animals leads to the fact that at them the brain, extremities and some other crucial bodies doesn’t develop.

SHH work, in turn, so-called enkhanser – the DNA special areas which force a cage to make molecules of protein of SHH manage and to allocate it to the environment. DNA of the person and other animals contain dozens of similar sites, each of which conducts growth of separate fabrics or own areas of a germ – a brain, hands, legs and other parts of a body.

Comparison of genomes of pythons and lizards showed that directly three such sites of DNA were disconnected in a genetic code of snakes. It led to interesting consequences – actually, forming of future paws of a snake began, however it stopped at the earliest stages in spite of the fact that all genes connected with this process were active and were in a “working” condition.

Comparison of genomes of pythons and lizards has shown that at once three such sites of DNA have been disconnected in a genetic code of snakes. It led to interesting consequences – actually, formation of future paws of a snake began, however it stopped at the earliest stages in spite of the fact that all genes connected with this process were active and were in a “working” state.

Then, in process of development of a germ, these “preparations” of paws and related bones of a basin and plechy “are actually dissolved” in future snake, leaving from themselves at best as it happens to pythons, small rudimentary extremities. Other snakes at whom these enkhanser have been damaged even stronger didn’t have even rudiments.

Existence of full genetic “recipe” of growth of extremities as Kohn considers, confirms a hypothesis of paleontologists that ancestors of snakes were similar to lizards. It is spoken well also by coincidence of “fossil” and “genetic” time of disappearance of legs at snakes – judging by distinctions among mutations in the genes connected with growth of legs in DNA of snakes and lizards, it has occurred about 100 million years ago, in the middle of the Cretaceous, in blossoming of an era of dinosaurs.