Geneticists have found pochkmu the giraffe has a long neck 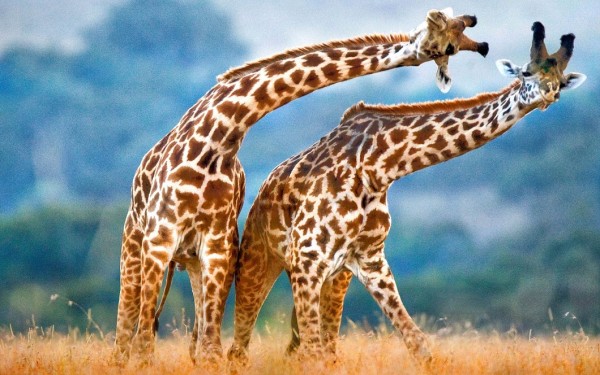 Scientists decoded the genes of a giraffe and were able to identify the causes of the long neck of a mammal. Helped in the conversion of genetic shifts.

Scientists have extensively studied the genes of the giraffe and its closest relative modernity, Okapi, as well as conducted a comparative analysis with 40 other mammals, to identify the causes of long neck and structure of the animal body. For comparison were taken from cows, sheep, goats and man. Of giraffe and Okapi are gone from each other all 11-12 million, but at the moment, they are very different among themselves.

Just revealed 70 genes, which have influence on protein, cardiovascular and nervous system, as well as on the functioning and development of the skeleton of a giraffe. Scientists make the assumption that the heart and the spine were changed simultaneously due to the small number of genomes. Regarding the structure of the long neck of a mammal experts believe that the anatomical features required only two genes, one of which indicates part of the body, and the second develops it. Was found FGFRL1 gene that has some effect on fibroblasts and fetal development. Four genes have been identified that contained homeobox affecting the spine and lower extremities.

In addition, it may affect the nutrition of giraffes – leaves and beans of acacia, which is very toxic.