Geneticists “revived” corn with an age in 5000 years 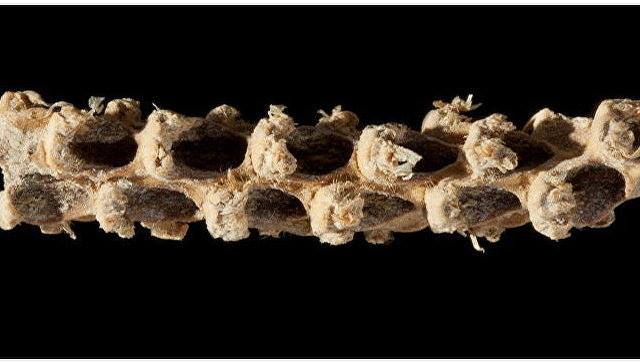 Geneticists could extract DNA from the most ancient remains of “cultural” corn and restore its genome which indicated more ancient roots of this plant.

“About nine thousand years ago the people living in the territory of the modern Mexico began to eat with a wild grass under the name to a teosinta. Through several thousands of years this ordinary grass, thanks to selection and artificial selection, turned into the modern corn. It so strongly differs from a teosinta that several decades ago scientists could not understand who actually was her ancestor” — Nathan Wales from the Museum of natural history of Denmark in Copenhagen tells.

Today among scientists there is no consensus about where and when there was a domestication of corn. A part of archeologists and geneticists considers that it happened relatively recently, about five thousand years ago, in the territory of Peru, and others believe that “domestication” of corn took place much earlier, about 10 thousand years ago, and happened on the territory of Mexico, in the valley Tiehuakan.

As scientists explain, searches of the correct answer in this case are complicated by the fact that to a teosinta it is absolutely unlike the modern corn – its ear contains only 9-12 grains which are packed into very strong “shell” and which drop out of it after achievement of a maturity that very strongly complicates harvesting. Respectively, scientists had no ideas about what drew an attention of ancient selectors in this ordinary-looking plant.

Wales and his colleagues approached the answer to this riddle, having successfully restored DNA from the most ancient today a corn ear whose age makes 5310 years. It was found in the valley Tiehuakan in 1960 by an expedition of archeologists under the leadership of Richard MacNeish, and it was stored, unlike all other finds such, in almost sterile conditions.

Good storage conditions as Wales tells, provided that in remains of corn a lot of vegetable DNA — about 70% of scraps which scientists managed to take from it remained, represented parts of a genome of corn, but not bacteria or people that facilitated its “revival”. Thanks to it scientists managed to restore the complete genome of ancient corn, having read all genes honor two times and to compare it to DNA to a teosinta and the modern grades of this plant.

Having compared sets of shallow mutations in genes of ancient Mexican corn and its relatives, Wales’s team with surprise found out that this plant from the point of view of evolution was almost exactly in the middle between the wild ancestor of corn and its modern grades. It means that corn okulturivatsya already long time by then, and managed to get a part of genes which are responsible for “cultural” properties of corn.

For example, at ancient corn the “mutant” version of a gene tga1, in charge of a covering of grain of a solid envelope, and also zmgl and ba1, in charge of blossoming of corn and body height of its stalk was more narrow. Other genes, for example, of the sequence, in charge of accumulation of Amylum and fastening of grain to an ear after maturing, are absent in an ear from Tiehuakan that means that they appeared at the modern corn much later.

All this as authors of article consider, says that domestication of corn began long before it, about 9-10 thousand years ago, and proceeded long enough. Further studying of this “revived” DNA as geneticists hope, will help us to understand what role corn played in life of ancient Indian civilizations and as they carried out its cultivation.