Genetics forced the plant to grow around the clock 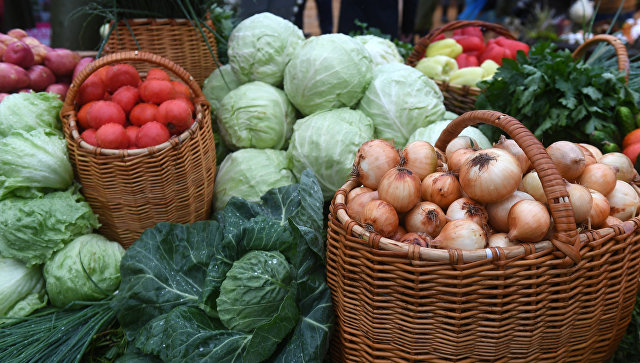 Spanish biologists have discovered a chain of genes linking growth genes and plant “biochas”, and changed its work in the cabbage rod’s DNA in such a way that it began to grow throughout the day and night, according to an article published in the journal Current Biology.

“We found that PRR proteins are responsible not only for the work of the internal” clock “of plants, but also for the suppression of genes associated with their growth.Now we know how biorhythms affect plant growth, which is extremely important from an agronomic point of view,” – says Guiomar Martín of the Center for Agricultural Genomics in Barcelona, ​​Spain.

Genes that determine the daily rhythms of the human body, were identified as far back as the 90s of the last century. Similar genes are present in the genomes of all plants and animals. These areas of DNA control a variety of processes – the time of sleep and wakefulness, the opening of flowers, the search for food and other periodic phenomena in the life of living beings.

Scientists have long been trying to find DNA patches linking biorhythms and growth genes in the genomes of flora representatives, since their discovery will create “ever-growing” varieties of crops and solve the problem of hunger. Martin and his colleagues took the first step toward solving this problem by creating the first “cultivar” of Arabidopsis thaliana, a wild cabbage relative, with similar modifications of DNA.

Arabidopsis, like many other plants, increases in length mainly in the pre-dawn hours, when the level of moisture in the soil and in the air is optimal for growth, and almost does not change during the day and in the first half of the night. The process of its growth is “conducted” by the gene and PIF protein, whose molecules break down under the influence of light and accumulate in plant cells during the night. Scientists have been wondering for several years why PIF causes the stem of Arabidopsis to grow only in the early hours, despite the fact that its concentration becomes high immediately after sunset.

Two years ago, as Martin notes, his colleagues in the center uncovered an unusual relationship between the concentration of PIF and another protein, the PRR1 molecule, one of the many components of the “biochasov” of plants. When the proportion of PRR1 in plant cells was as high as possible, the “growth signal” was almost completely absent in them, and vice versa – when PIF molecules were present in cells, the activity of “biochas” was minimized.

Using the experience of colleagues, Martin and his team tried to find out which gene chains are controlled by both PIF and PRR1, and tried to find them, observing changes in the level of activity of different genes at different times of the day.

As it turned out, only one gene corresponds to the growth of the arabidopsis stalk, CDF5, whose work stimulates PIF and suppresses PRR1 and a number of other proteins and genes associated with the functioning of plant biorhythms. When scientists changed the structure of CDF5, Arabidopsis began to grow throughout the day, due to which the length of the stalk of such a GMO plant was approximately 1.5-2 times greater than that of its wild relatives.

Genetics suggest that the biogames run in a similar way the work of other genes responsible for the growth of the stem, roots, fruits and flowers. Their modification will increase the yield of crops and make flora a more attractive source of biomass for the production of fuels and chemicals.