Genetics will raise the flightless Razorbill from the dead 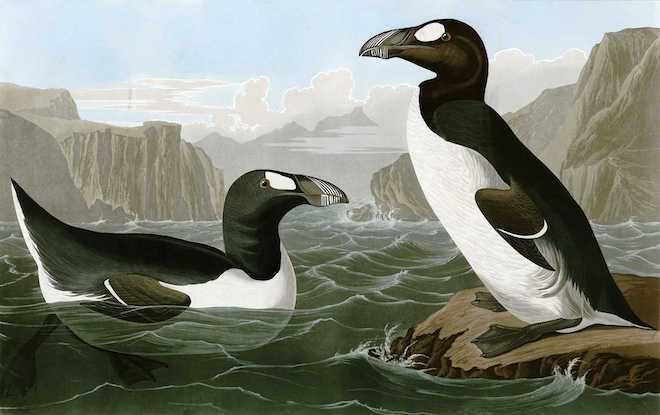 200 years after the disappearance of birds from the face of the Earth genetics decided to resurrect the flightless Razorbill from the dead. An international team of scientists discussed reintroduction flightless marine birds of the archipelago of the farne along the North East coast of England.

To the complete extinction of the species in the mid-nineteenth century apterous gugarci lived on the territory from Northern Europe to Iceland and from Canada to the Eastern United States. Equal in size to the average penguin, apterous gugarci lived mainly in the open ocean and on the land left to lay eggs and hatch Chicks. Out of water black and white flightless bird became an easy target for people attracted by meat and feathers, wingless auks.

In 1844, was killed last birds in the last known colony on an island near Iceland.

The American research Institute “Revayv and tradition,” which attempts “genetic rescue” endangered and extinct species, he thinks that he can recreate the form and gradually restore the population of the wingless auks on old nesting sites. Scientists want to extract DNA apterous gugarci from the remains or retained organs and then using the digital information, sequester the genetic code or genome of a bird.