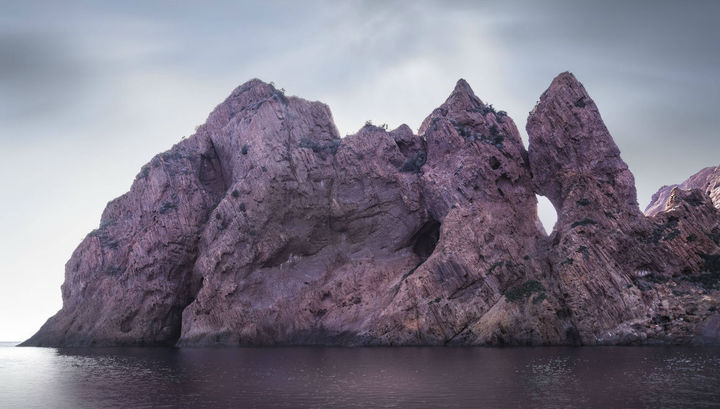 2.4 billion years ago, the Earth experienced a period of rapid growth in geological terms of land area. As a result, this figure has reached two-thirds of the current value. To this conclusion came the team of scientists led by Ilya Bindeman (Ilya Bindeman) from the University of Oregon in the United States.

About the events that took place several billion years ago, it is difficult to judge. Almost all the evidence of those distant times was erased in the dust. Therefore, there is nothing surprising in the debate about the speed with which the land area changed on the Earth. Was this process smooth or sharp? When did most of the modern firm rise from the water? These estimates range from one to three billion years ago.

Team Bindemana found her way to answer this question. According to a press release from the University of Oregon, geologists studied 278 samples of oil shale, selected on all continents from sediments and wells. The age of the samples covers a wide range. The oldest of them is 3.7 billion years old. Shale rocks are formed under the influence of weathering, so they can largely be judged on the effects of air, light and precipitation, explains Bindemann.

Researchers were interested in the ratio of oxygen isotopes. The most common of these is 16O, but there are also heavier isotopes 17O and 18O. The water formed with the participation of such oxygen has a slightly higher boiling point than the usual one. Therefore, the clouds and the rain falling out of them are poor in it. Having carefully studied the ratio of isotopes in shales, it is possible to determine which of them in due time lashed the showers, and for which only the sea waves.

The amount of precipitation in the coastal zone and in the depth of the continent is markedly different, therefore, due to such data, it is possible to approximately determine the land area.

“It’s amazing to realize that we can still find traces of something as elusive as rainwater in rocks that are 3.5 billion years old,” says co-author Nicolas Dauphas in a press release from the University of Chicago .

Based on the collected data and the results of the predecessors, the authors concluded that the land area began to grow dramatically 2.4 billion years ago and comparatively quickly reached a value of two-thirds of the current value. Researchers attribute this to the cooling of the mantle and an increase in its density. 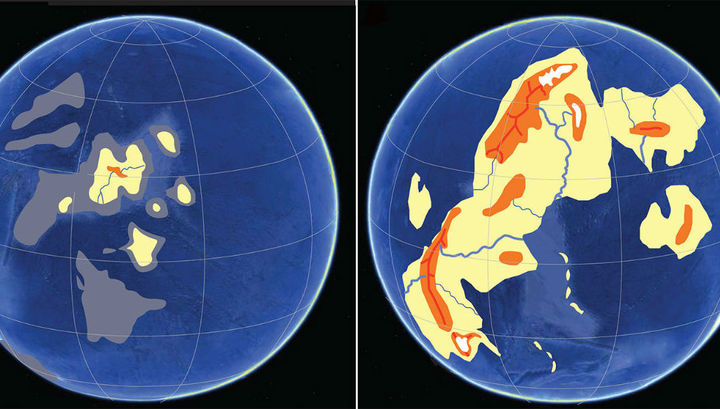 The fact is that continents literally float on the surface of the mantle substance. While its density was low, Archimedes’ strength remained insignificant, and many sections of the continental crust were almost completely submerged.

However, the Earth is not a homogeneous sphere. It has a complex internal structure, which is determined by the balance of many factors. In all likelihood, in the history of the planet, there were rapid periods of geological change in the structure of the mantle. As a result of one of these events, which happened 2.4 billion years ago, the density of its surface layers grew rapidly, and numerous fragments of future continents surfaced.

It is curious that such a period of growth of the land area chronologically coincides with a number of important events in the history of the Earth. One of them is the formation of the hypothetical ancient supercontinent Kenorland. The other is the beginning of the accumulation of oxygen in the atmosphere. The third is the grand Huron glaciation.

The authors suggest that the emergence of huge land massifs has seriously changed the climate. Large masses of rocks, in contact with air, entered into chemical reactions with it. This led to a decrease in the concentration of carbon dioxide and, consequently, a weakening of the greenhouse effect.

Even more importantly, the land reflects light much better than the ocean. Solar energy has become more intense reflected back into space, so its amount decreased, going to the heating of the Earth.

“Our assumption is that as soon as large continents appeared, the light began to [reflect more intensively] back into space, and this triggered an uncontrolled glaciation,” says Bindemann. “The earth saw its first snowfall.”