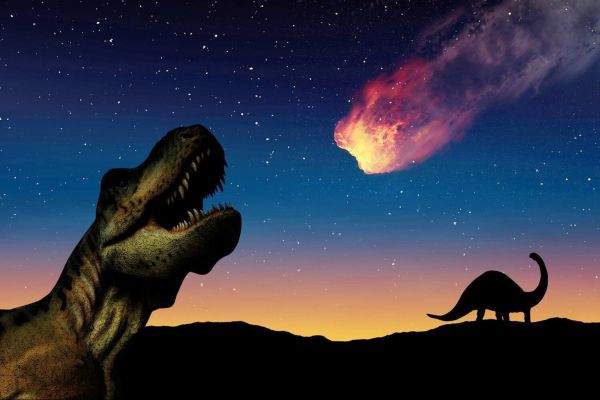 The fall of the asteroid that caused the extinction of the dinosaurs led to catastrophic earthquakes. This is reported by the Independent newspaper, citing scientists from Michigan State University.

Approximately 66 million years ago, an asteroid up to 14 kilometers in diameter fell to Earth, forming a 200-kilometer Chicxulub crater in the sea and on the coast of modern Mexico. The fact that the meteorite fell is undeniable, but its exact role in the Cretaceous-Paleogene extinction event that led to the extinction of giant reptiles remains a matter of debate.

According to Molly Range, head of the research team, the asteroid impact released energy “equivalent to the yield of 10 billion atomic bombs used in World War II [in Japan]”, which caused intense seismic activity that lasted from “several weeks to several months.” . Scientists have studied the impact of the asteroid impact using modern modeling techniques, as well as analysis of geological samples from this period in Colombia, Mexico and the United States.