Geologists have found traces of an unknown ancient meteorite disaster 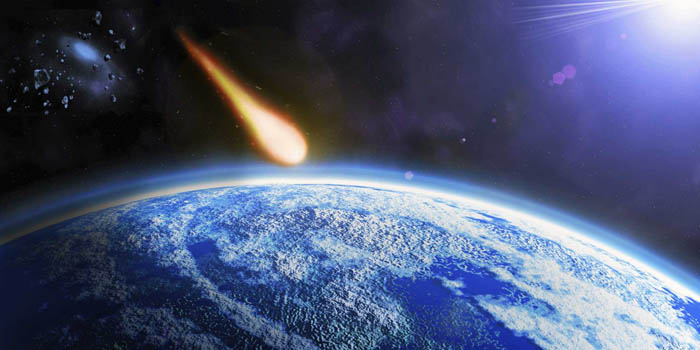 Ancient minerals pointed to a previously unknown collision with an asteroid about 1 km in diameter – about 800 thousand years ago.

The impact crater has not yet been detected, however, glassy minerals found in geological deposits from Asia to Antarctica have been pointed to it. Apparently, the collision with a kilometer asteroid was the most recent of catastrophes of such magnitude, when our species already existed on the Earth. It remains to understand what its impact on the planet and on us was.

Tectites – glass balls, born at enormous pressures and temperatures associated with particularly powerful impacts of meteorites – are found throughout the Pacific Ocean. The mass of some exceeds 20 kg, such, apparently, were thrown out by impact relatively close. Others could make a longer journey, and their distribution indicates that the collision occurred in the region of South-East Asia, although the effect of the grandiose catastrophe was to be felt by the entire planet. This Australian scientists write in an article published by the journal Geology.

Aaron Kawziai and his co-authors note that most of the large tektites, dating back to about 800,000 years ago, are found in the region of Thailand, indicating an approximate area of ​​collision. Scientists have analyzed three such tektites. On the one hand, they failed to find a reidite – a mineral, which is associated with some powerful impact craters.

On the other hand, scientists were able to investigate tiny, micrometer zircon crystals. They turned out to be oriented along three rays, converging approximately at right angles, and not all in one direction. Theoretical calculations (and laboratory experiments) show that this is how the crystals of zircon should form, which under the action of shock forces was transformed into reidite, and then again into zircon, acquiring “additional” directions.

All this, according to geologists, reliably indicates a previously unknown clash of the Earth with an asteroid about 800 thousand years ago. On the other hand, until the “riddle of the missing crater” is resolved, this blow can not be considered a definite fact. According to scientists, its diameter can be from 50 to 100 km, and the absence of such a young and large crater really puzzles.