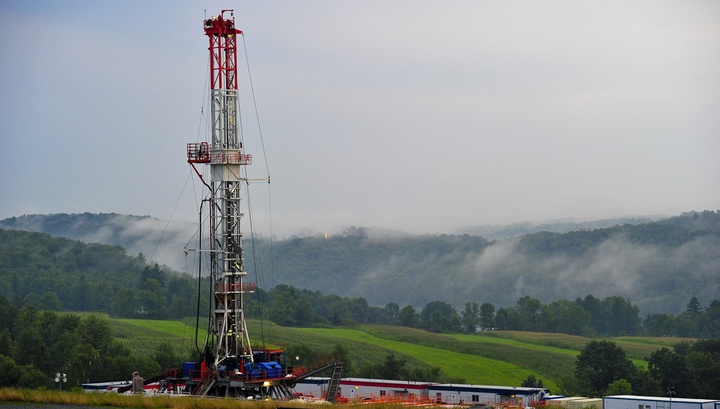 The researchers described the process of radioactive isotopes entering the water, which accompanies the extraction of shale oil and gas. The conclusions of the scientists are described in two scientific articles published in the journal Chemical Geology by a group led by Joshua Landis of Dartmouth College in the United States.

Recall that the production of shale hydrocarbons is booming in recent years. Thanks to this technology, the US has already become a net exporter of natural gas and plans to achieve the same status in relation to oil in the coming years. This is despite the fact that the state with the world’s first GDP size and the third largest population in the world consumes a lot of fossil fuels.

In general, the process looks like this. A mixture of water, sand and chemical reagents is pumped into the well by powerful pumps. When the fluid pressure becomes too large, the geological formation breaks and crumples. Figuratively speaking, the fuel oozes from the deformed rock, like water from a compressed bast.

However, this technology carries an environmental threat. Used reagents partially fall into drinking water and can cause health problems. In addition, the “water that has worked” is enriched with a radioactive element radium.

Where does it come from? This is what the researchers investigated in the first paper. They put slate samples in water enriched with calcium salts. Let us explain that the liquid pumped into the ground, traveling through numerous cracks, inevitably absorbs these substances.

As the researchers found, this solution also extracts radium from surrounding shales. In this case, there are two sources of a hazardous element, and they have a different ratio of concentrations of radium-226 and radium-228. The first isotope is relatively stable: its half-life exceeds one thousand years. The second is very active: for him the same period is less than six years. In the decay of radium, radiation is radiated, and another radioactive element, radon, is also released.

The first source of hazardous metal was the inorganic mineral shale. In it, one atom of radium-228 accounts for only 250 atoms of radium-226. This is a fairly large concentration for the first isotope. The second source is the organic part of the rock. In it, the ratio of radium-228 and radium-226 is 1 to 10,000.

As shown by experiments, in just a few hours more than 14% of the radioactive element contained in the shale passes into the solution. For comparison: pure (not enriched with calcium salts) water elutes only less than 0.5%.

In the second article, a model of this transfer is described for different concentrations of salts in solution and different amounts of water washing the shale. Here the authors used an experiment, mathematical modeling and direct measurements of the amount of radium in groundwater at the site of extraction of shale hydrocarbons.

Prior to these studies, experts were not sure that the shale itself is the source of the radioactive metal. There was a hypothesis that the matter is in natural accumulations of radium in groundwaters, which sometimes occur.

“The interaction between water and rock, occurring kilometers from the surface, is very difficult to study,” Landis explains. “Our measurements of radium isotopes give a new understanding of this problem.”