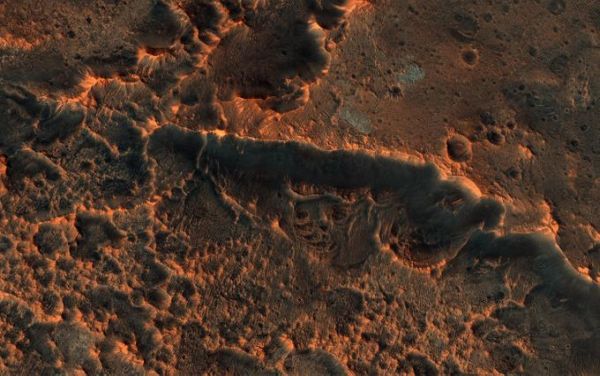 American scientists have created artificial soil mixes that mimic the Martian ones. With their help, they can study the potential fertility of the Martian land. The research is published in the journal Icarus.

The exploration of Mars could be the next great step for humanity. However, many obstacles still stand in the way. One of them is the impossibility of growing crops on Martian soil today. But this is one of the key tasks, because astronauts cannot transport soil from Earth with them. Therefore, it is necessary to find out how adapted the Martian soil is for agriculture. Scientists know that the Martian soil contains most of the essential nutrients such as nitrogen, phosphorus and potassium. However, their mere presence does not mean that they are available for plants. In addition, nutrients may not be present in sufficient quantities, or their concentration may be so high that they become toxic to plants.

American geologists have developed five artificial potting mixes that mimic those of Mars and studied them to draw conclusions about the fertility of Mars. “We want to simulate certain characteristics of the soil so that in terms of mineral and chemical composition it is like Martian. Modeling the mineral composition or salt content of Martian mixtures can tell us a lot about the potential soil fertility. Things like nutrients, salinity, and pH play an important role in fertility. Therefore, understanding where the soils of Mars are on this spectrum is key to inferring suitability, ”said lead author Laura Fakrell of the University of Georgia.

Scientists analyzed the simulated soils using X-ray diffraction, X-ray fluorescence and spectroscopy. They then compared the results with data from rovers and orbiters. The artificial mixtures are indeed very similar to the Martian soil and allow for research. By examining the simulated soils, geologists have found that they are very hard and dry. This could make farming difficult on Mars. The authors of the study have already begun to solve this problem using methods used on Earth, for example, fertilizers. “Certain types of bacteria and fungi are known to be beneficial to plants and can support them under the stressful conditions we see on Mars,” Fakrell explained. Scientists also point out that their research can help in agriculture and on Earth.