Geologists in India have found traces of predatory theropod 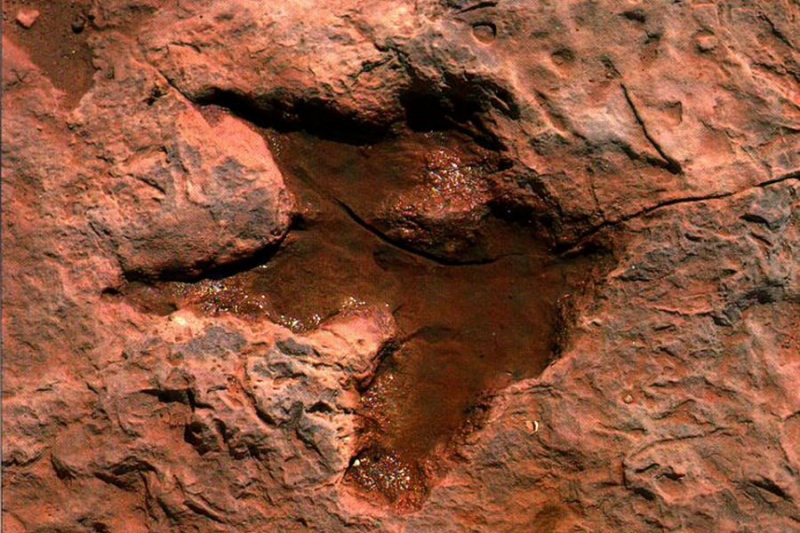 Near the town of Jaisalmer, which is located in the middle of the great Indian desert, a team of geologists from the University Jai Narain Vias has discovered dinosaur footprints of Eubrontes theropod Gleneronsensis.

It is worth mentioning that the fossils of theropods are scattered around the world in France, Poland, Slovakia, Italy, Spain, Sweden, Australia and the USA. In India were found eggs, bones and teeth of dinosaurs, but traces of theropods were discovered for the first time.

“Three-toed footprints of a theropod have a length of about 30 cm left strong legs with thick fingers. Based on the size of traces, we can say that the animal was about 3 meters and a length of 5-7 meters,” said geologist Virendra Singh Parihar.

These carnivorous predators lived in the ocean 150 million years ago.

“We want to find in India the fossils of marine and flying reptiles. And the formation of Baisakhi in the district of Jaisalmer is the most appropriate place,” added geologists are convinced that the traces will help them to find fossils of theropods in the nearby rocks.

A team of geologists, led by Professor Mathura, had already discovered the layer of marine sedimentary rock containing fossils of dinosaurs, crocodiles, gastropods and fish that existed in these places during the Jurassic period and vanished in the Cretaceous era. Professor Mathur believes that this discovery will help to shed light on the mysterious disappearance of the dinosaurs.