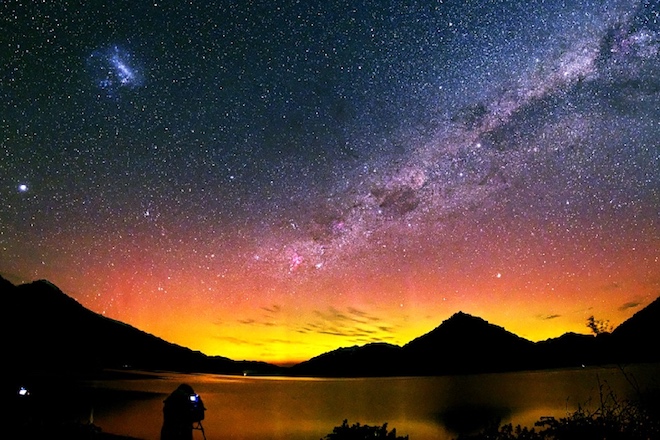 This week, a geomagnetic storm of the G2 class literally “lit” in the skies of both poles of the Earth magnificent aurora borealis. Minoru Yoneto witnessed the southern polar lights in Queenstown (New Zealand).

Joneto said that he took this picture on September 11 during his tour with a program to observe the starry sky. In the photo, Joneto managed to capture one of his clients, who watches the reddish polar lights, the Southern Cross, the Great Magellanic Cloud and the Milky Way.