Geometry called the main cause of human development 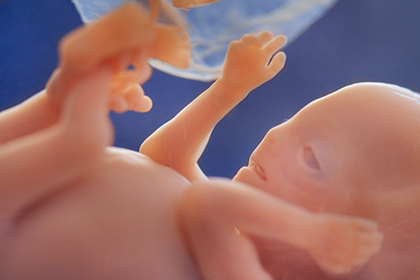 French scientists from the University of Grenoble-Alpes determine mechanisms underlying the embryo development of animals and humans. According to the study, the key role in this process is played by the geometry of the body of the embryo. Devoted to the study of a Preprint published on the website bioRxiv.org.

In the process of morphogenesis, the embryo undergoes complex deformation and acquires a defined shape. Scientists know how certain genes regulate the activity of key molecules involved in this process, for example, the protein myosin, the main component of muscle fibers. However, until now it remained unclear, how exactly is the emergence of new structures and bodies.

Scientists have studied the process of lengthening the body of the embryo of Drosophila (Drosophilidae) to find out what determines the movement of cells inside the embryo. Researchers have used the finite element method, which consists in finding solutions of differential equations describing the behavior of deformable bodies and fluids. This allowed biologists to determine the distribution of myosin in the tissues of the embryo affects the development of the embryo.

The calculations showed that myosin really causes large-scale movements of cells that occur during morphogenesis. An important role is played by the uneven distribution of the protein in tissues that depend on the particular geometry of the body of the embryo, formed during the initial stages of development. Thus, the final form of the organism defines the interaction between the myosin and the structure of the embryo.