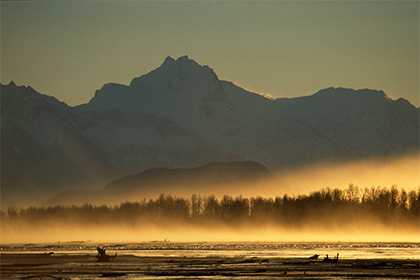 Geophysicists from the United States, China, and South Africa shifted to more than ten million years ago the period of occurrence of the oxygen catastrophe, which in the past the Earth’s atmosphere abruptly saturated with oxygen. Devoted to the study published in the journal Science Advances.

To such conclusions scientists have come, having studied ancient rocks from South Africa. In Geophysics, they measured the anomalous concentrations of compounds of sulfur isotopes caused by photochemical reactions involving sulfur dioxide, which could occur only in the absence of oxygen. The disappearance of these compounds in samples Dating back to 2,33 billions of years, means that in the planet’s atmosphere appeared oxygen, so the reaction became impossible.

The work allows scientists to more accurately assess the time of oxygen enrichment of the air envelope of the Earth. The appearance of this gas has launched a chain of events that led to the emergence on the planet is complex, in particular, multicellular life forms.

Over the last week, the researchers published three studies on the ancient atmosphere of the planet. In addition to the above, one of them reported a low level of atmospheric pressure at the base of the gas envelope, and the other with the high concentration of oxygen in the upper atmosphere and its almost complete absence in the lower layers.