Geophysics explained the presence of “live gas” on Mars 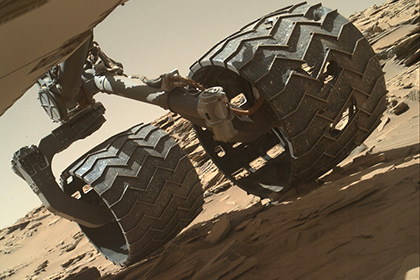 Geophysics from the California Institute of technology (USA) has offered a possible explanation for the presence of “live gas” (methane) in the atmosphere of Mars, including those not associated with the possible activity of living organisms. On this Preprint is published on the website arXiv.org.

Scientific instrument TLS (Tunable Laser Spectrometer) of the Curiosity Rover in 2014 found short-term increase in ten times (from 0.7 parts per billion to 7 parts per billion) of methane concentration in the surface layer of the Martian atmosphere.

On Earth the main source of methane are living organisms. The past and their footprints on Mars to date, not detected, but the detection of methane gives scientists the optimism about the possible presence on the red planet life.

Geophysics analyzed data on temperature and humidity in the area of the Curiosity Rover and noticed that the perchlorates in the regolith may melt and release into the atmosphere the accumulated methane. Scientists have proposed three mechanisms for the sudden release of methane in the area of the Rover.