Geophysics have found an extraterrestrial quasicrystal 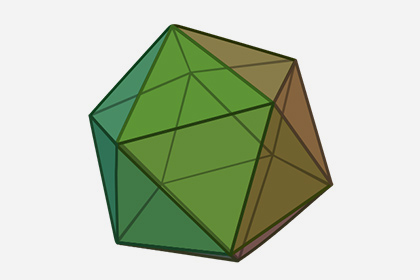 Italian and American geophysics have opened an extraterrestrial quasicrystal — a solid body of a space origin with unusual symmetry.

The quasicrystal has symmetry of an icosahedron — the correct convex icosahedron, each of sides of which represents an equilateral triangle.

Authors believe that it was created under the influence of high pressures (five gigapascals) and temperatures (1,2 thousand degrees Celsius) as a result of collision of celestial bodies in space. The research of a solid body was conducted by diffraction of the reflected electrons.

The new quasicrystal is found in the meteorite fragment found on Koryak Mountains in the Far East of Russia in 2011. Earlier in breeds of the same region two other quasicrystals which also have structure of the correct convex icosahedron have been found.