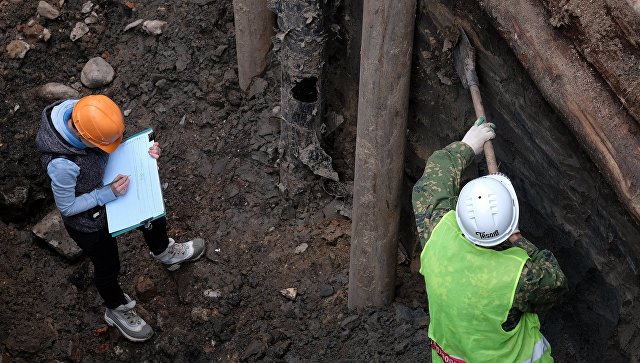 Archeologists have found the ancient ancient settlement about 2,5 hectares in east Georgian region of Kakheti, reports the Sputnik-Georgia agency with reference to the National agency of protection of cultural heritage of Georgia.

Archeologists have established that building of the ancient settlement in Signakhsky district was carried out from an adobe brick. Walls of some constructions more than 1 meter thick, and on them are obviously visible traces of the strong fire. A part of constructions has rounded shape.

On the place have also found fragments of ancient plaster, the pottery painted by red paint and grinding stones.

The research of the new ancient settlement will begin in 2017. Only after it it will become known to what period it belongs.

Besides the ancient settlement archeologists have also found a barrow of a bronze age which, by preliminary estimate, is much more all barrows found earlier in East Georgia. Barrow of a round form with a diameter of 115 meters and 20 meters high.