German chemists have learned to turn air into a protein “manna” 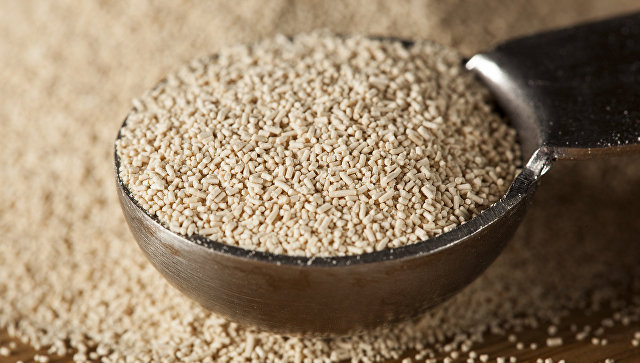 German biochemists have discovered an enzyme that can directly convert atmospheric carbon dioxide and alcohol into methionine molecules, one of the key “molecules of life”. The results of their experiments were published in the journal Nature Catalysis.

“In comparison with photosynthesis, the closest natural analogue of this process, our idea looks very simple and elegant, about 14 different enzymes participate in photosynthesis, and its efficiency usually reaches 20%, whereas our approach requires only two protein catalysts,” – said Arne Skerra (Arne Skerra) from the Technological University of Munich (Germany).

In recent years, scientists are trying to find a way to convert atmospheric CO2 into biofuels and other useful substances. For example, in July last year, physicists from Chicago created a solar battery that uses light energy directly to split CO2 and produce carbon monoxide and hydrogen. A few months later, colleagues from the National Laboratory in Oak Ridge created a catalyst that converts carbon dioxide to ethanol, “normal” alcohol.

All these catalysts and systems of “transmutation” of air into alcohol and other useful organic substances can help not only solve the problem of providing mankind with green fuel, but also find cheaper sources of raw materials for the chemical industry.

Skinner and his colleagues added a combination of two protein molecules that convert carbon dioxide into the simplest “life blocks”, amino acids, experimenting with enzymes that yeasts and some other microbes use to convert the latter into various alcohols.

This process was discovered back in 1903 by the famous German chemist Felix Ehrlich, and since then scientists have been trying to adapt it for the production of various alcohols, as well as revealing the secrets of what substances in vodka and other alcoholic beverages can aggravate the hangover.

The authors of the article noted that many of the enzymes involved in the work of the “Ehrlich chain” can be made to speed up the reverse reactions, slightly changing their structure. Guided by this idea, scientists tried to force two such proteins not to decompose amino acids into alcohols and carbon dioxide, but rather to collect their molecules from these components.

Initially, according to Skerra himself, his team did not put much hope for such reactions, as they believed scientists should have occurred only at high concentrations of CO2 and at very high pressures. The first experiments have unexpectedly shown that similar transformations occur also at relatively normal pressures and fractions of carbon dioxide in the air.

More advanced versions of enzymes could reach a fantastically high level of efficiency for similar reactions – more than 40%. Scientists suggest that computer modeling will help them make this reaction even more effective and suitable for industrial applications.

Methionine, as noted by researchers, is now used as a food supplement for birds and livestock, which makes its production profitable even at the current stage of technology development. Similarly, according to biochemists, many other critical amino acids, such as isoleucine and leucine, can be produced, which in theory will allow food and vitamins to be extracted directly from the air using only water, carbon dioxide and similar catalysts.