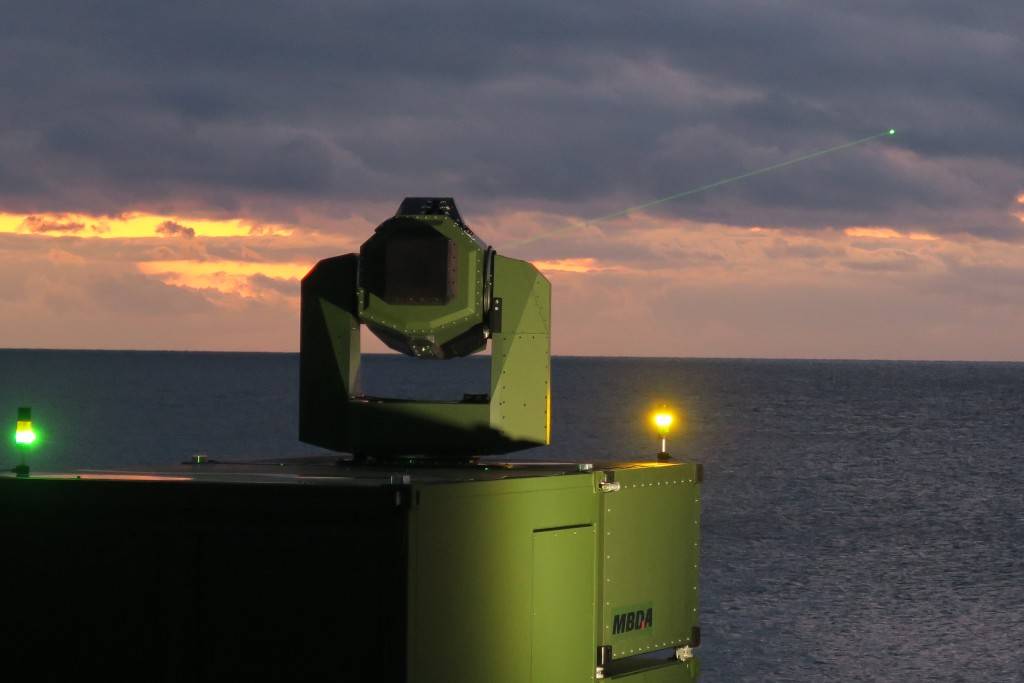 The German division of the developer of the missile systems MBDA carried out successful tests of a rotating rack for the fighting laser in various weather conditions.

Now there is a set of systems of targeting in which the laser beam is used. As a rule, stability of their work depends on weather conditions. So, during the heavy rain, fog or at the increased dust content the laser beam of such systems quickly dissipates. Improvement of an index can achieve by means of optical modulation of a beam, however it gives slight increase in range of defeat of the purposes.

Tests of a rotating rack of MBDA were carried out at the coast of Germany in the North Sea. During work the system obtained from the computer data on the imitated air target — the drone. Under the terms of maneuvers, the purpose “moved”, however the system of targeting successfully held on it a beam. Besides, the rotating rack could obtain information on several purposes at the same time. In this case the system of targeting sequentially highlighted the purposes on priority level.

Other details about tests, in particular about how the developer managed to achieve such accuracy, are not reported. It is expected that the new rotating rack together with the laser will become a part of perspective system of protection of objects against unmanned aerial vehicles (UAVs). It will be able to hit the targets at a distance to five kilometers. Announced the beginning of development of MBDA Germany in the summer of 2015. It is planned to finish working on by the project by 2020.