Ghostly silhouettes in the photo surrounded the telescope “James Webb” 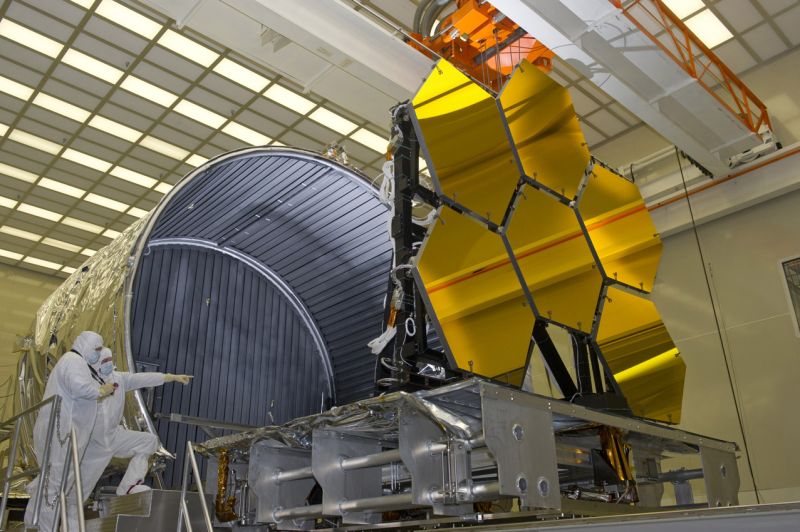 When the light turns off, then they appear – ghosts. This can be seen in this unusual photograph of James Webb Telescope, a space telescope located in a special “clean room”, with the lights off.

Since it takes a long exposure to take a picture in low light conditions, the scientists who perform the telescope system verification operations look like ghosts in this picture, said NASA’s NASA photographer Chris Gunn, who took this picture. 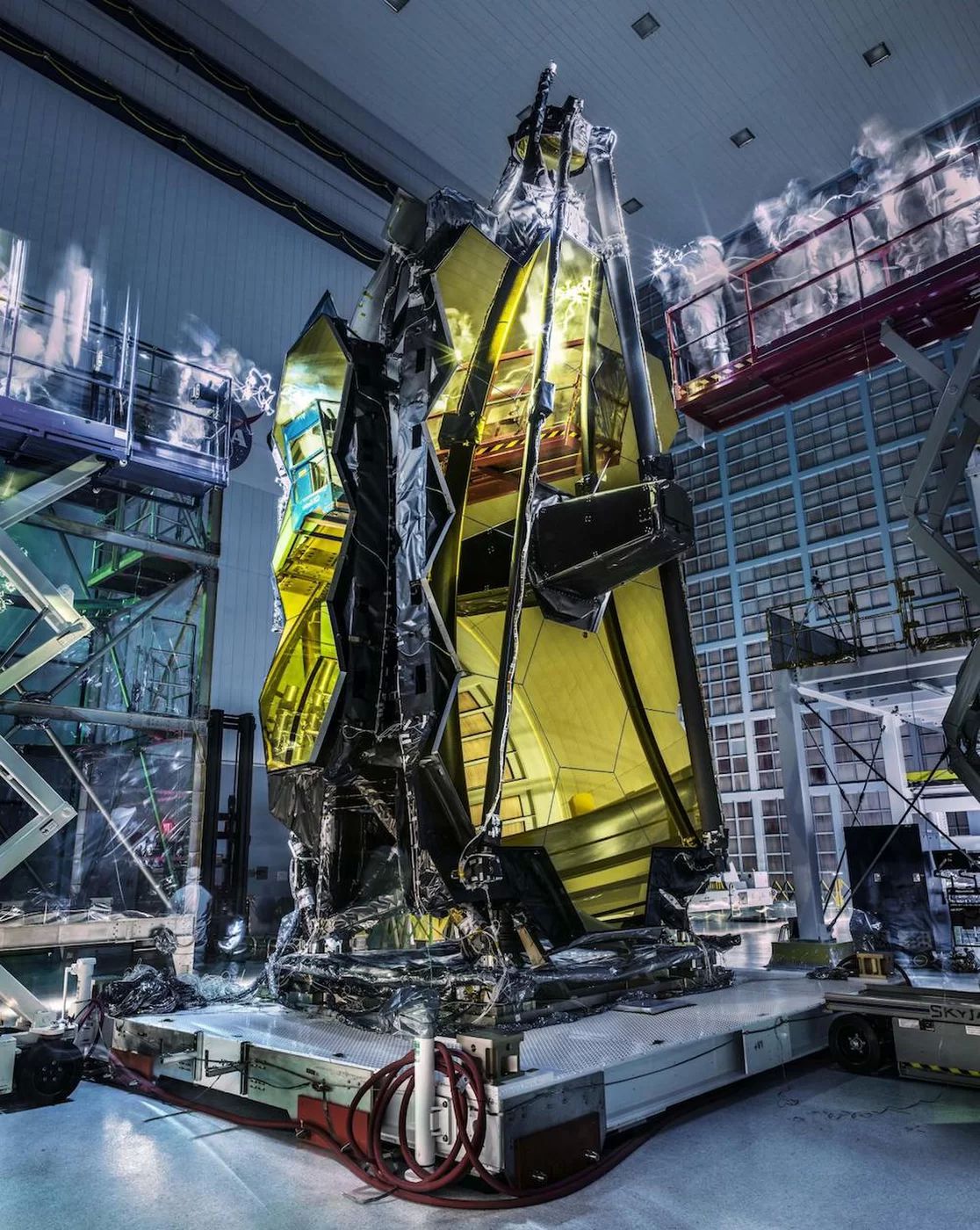 Continuous exposure means that the shutter of the camera lens remains open for a long period of time, which allows you to get a clear picture of the fixed elements of the interior, as even a few photons reflected from static objects reach the camera lens. However, moving objects can not in this case be correctly displayed in the image, since the light reflected from them during the exposure time falls on the sensor element of the detector from different directions.

This photo was taken in a “clean room” after the telescope passed acoustic and vibration tests, according to NASA. Pollution after testing is easier to detect in the dark, so the technical staff carried out their search using conventional and ultraviolet flashlights. The tests were conducted in a space called Spacecraft Systems Development and Integration Facility (SSDIF) of NASA’s Goddard Space Flight Center.

The James Webb space telescope, which will become the scientific successor of the Hubble, will be launched in 2018 from a space center located in French Guiana. It will be the largest and most powerful space telescope created by man, writes NASA.