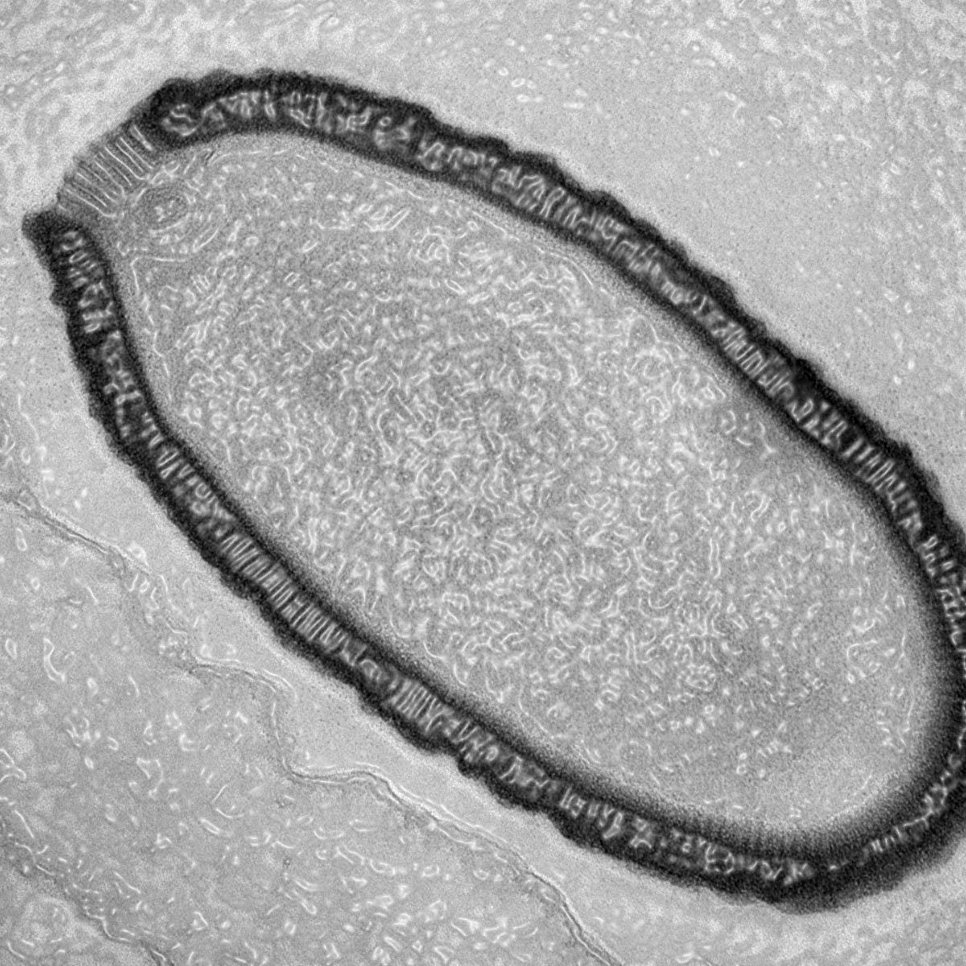 Recently, in the permafrost, giant viruses of tens of thousands of years old were found and activated. They infect only the amoebae, but how to know if the Arctic, which is warming faster than other regions of the planet, does not retreat into something more malevolent.

Viruses are tiny microorganisms that are not visible in an ordinary microscope and penetrate through sterilization filters. They were discovered by the Russian scientist Dmitry Ivanovsky more than a hundred years ago. However, in our time these ideas had to be clarified. Scientists have identified viruses the size of a micrometer and more. They were called gigantic – they are already visible in an optical microscope.

Researchers recognize that to notice giant viruses previously hampered the “epistemological barrier”: everything that is larger than 0.3 micrometers was a priori attributed to bacteria. That is why the giant mimivirus, isolated from sewage in the English hospital, where patients were lying during the 1996 outbreak of pneumonia, were identified, in fact, as a virus only in 2003.

In 2014, two families of giant viruses were found in soil samples from permafrost, extracted in the northeast of Yakutia. They are 30 thousand years old.

“In our laboratory, we studied amoebas and other protists that persisted in permafrost.” When the giant viruses were discovered, French scientists suggested that we cooperate and search for these organisms in Siberia, “says Lyubov Shmakova, senior researcher at the Soil Cryology Laboratory of the Institute of Physico-Chemical and biological problems of soil science of the Russian Academy of Sciences.

Now four families of giant viruses are known: mimiviruses, pandoraviruses, pythoviruses and molliviruses. All of them infect acanthamoebas – living in the soil of unicellular organisms. The pitovirus found in the permafrost is the largest, its length is 1.5 micrometers.

The contents of the virus are wrapped in a kind of folded envelope 60 nanometers thick, lined with lipids inside. To penetrate the amoeba, the pitovirus mimics a bacterium. When it is inside the cell, a hole opens in its shell, the lipid membrane breaks, forming a channel through which the contents of the virus are squeezed into the cytoplasm of the victim. As a result, something like a factory for replicating copies of high-grade viruses appears in the amoeba.

It’s amazing that “factories” can be attacked by particles of the same giant viruses – virofagami. The first of the found out virusophagi called the Russian word “satellite” (Sputnik), meaning that they always accompany the virus, like orbiting apparatus to the planet. The satellites have their own tiny genome, encoding 21 proteins. Once in the “factory” with its resources, the virofag squirrels the squirrels and multiplies. That is, it is a parasite inside the parasite.

In common viruses, a very small, minimally reduced genome containing several hundred thousand base pairs. After all, everything necessary for life and reproduction, they take from the host organism. The genome of the giant virus is quite large. For example, pandoravirus has 2770 thousand base pairs and 2556 genes encoding proteins. Moreover, functions 2155 of them are unknown. For comparison, conventional viruses do not have any proteins at all. Because of this, scientists at one time considered giants as something closer to the cage. However, their main difference is undeniable: they do not have ribosomes and RNA, they do not synthesize ATP and do not multiply by fission. So after half a century, the criteria by which the viruses are determined (by the way, proposed by André L’vov, a French microbiologist of Russian origin), could not be shaken.

“We have discovered only two families of giant viruses in permafrost, and now we are continuing to search, there are still many questions: for example, how diverse are these organisms, how they are stored in the ground,” the researcher explains.

The rich genome of giant viruses puzzled scientists and sparked a discussion about their origins. According to one hypothesis, the viruses did not have a common ancestor, they originated from some pro-cell forms that more than three billion years ago competed with the last universal common ancestor (LUCA), from which all living beings originated. These protocells lost the LUCA, but did not disappear from the scene, but adapted to parasitize on its descendants.

Incredibly, but the fact: giant viruses frozen tens of thousands of years ago managed to be resuscitated. And as a bait, scientists used modern amoebas. By the way, their ancient predecessors Lyubov Shmakova managed to revive in 2005.

Giant viruses have survived to this day. Scientists describe more and more of their modern representatives not only in acanthamébas, but also in other protists.

Giant viruses again exacerbated the issue of the dangers of ancient infections. In the article “Re-emerging infectious diseases from the past: Hysteria or real risk?” (“Resurrection of infectious diseases of the past: hysteria or real risk”), one of the co-authors of which was pioneer pioneer Jean-Michel Claverie (Jean-Michel Claverie) of the Marseilles Institute of Microbiology, scientists recalled the outbreak of anthrax that occurred in 2016 in Chukotka, after the thawing of a hundred years ago. Suddenly an ancient virus will cause an epidemic? After all, we still do not know why Neanderthals died out – maybe from infection. And it happened just about 30 thousand years ago. If so, according to the authors of the work, the revived microbe may be even more dangerous for us, since we have never had contact with it. However, to catch a giant virus from the frozen ground is not threatened by people, scientists assure, since it affects only the amoeba.

“If you think reasonably, then the risk is minimal,” Shmakova concludes, “imagine that the frost thaws every summer and all its contents fall into the nature.” And people in those places where the giant viruses were found did not live, so it is unlikely there there are microbes that are dangerous for us, in any case, we can only talk about this now hypothetically. “