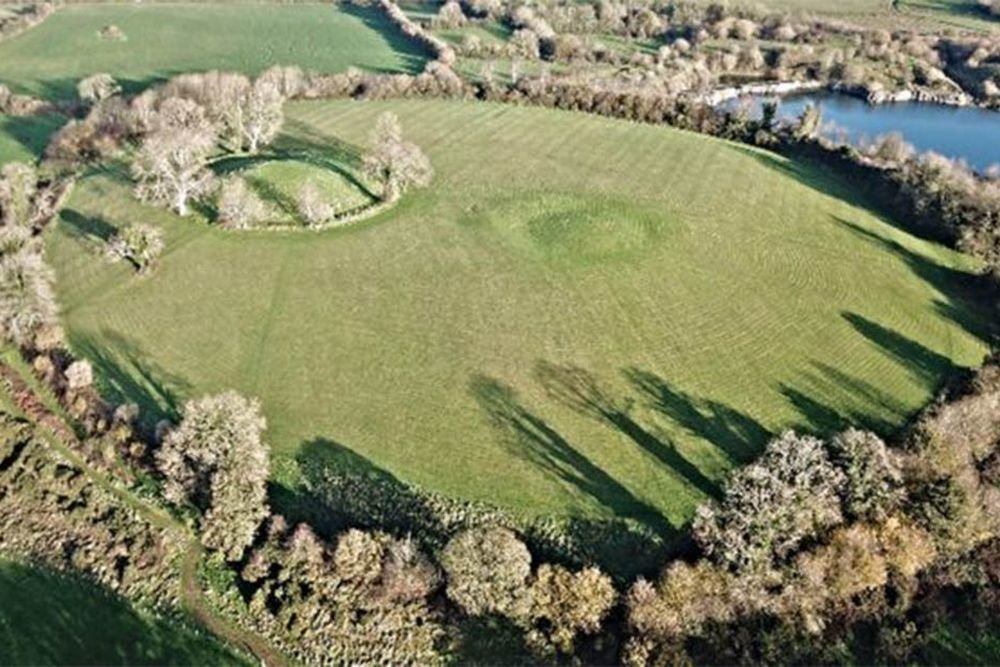 In Ireland, an international team of archaeologists used remote sensing technology to uncover the remains of a huge prehistoric religious complex underground.

According to the Irish Times, archaeologists believe they have found evidence of monumental Iron Age temples at the site of the first Ulster kings at Fort Navan, near the city of Armagh.

The work was attended by staff from Queen’s University Belfast, the University of Aberdeen and the German Archaeological Institute in Frankfurt. Fort Navan was the ancient capital of Ulster and one of the five largest ceremonial centers. Numerous legends keep the memory of those times.

New research proves that life was in full swing in these places long before the first Ulster kings and knights. This is indicated by data from a lidar survey carried out from the air using a special scanning laser device. It allows you to identify objects under the surface without conducting field excavations.

Remote sensing technology has helped scientists find evidence for a hypothesis that dates back to the 1960s. During that period of time, excavations were carried out here, during which several destroyed prehistoric structures were found.

The most notable of these was a religious building dating from about 95 BC. It consisted of several circles made of wooden posts. The largest of them had a diameter of 40 meters.

More than half a century ago, scientists suggested that a large temple complex could be located in this place. However, large-scale excavations require a lot of funding, so they were never carried out. The remains of buildings that were found in the 1960s were simply declared the residences of the first kings.

However, new research proves that these structures were built much earlier. Their exact age can only be determined after field work. But it is already clear that it is more than one thousand years old. This, in particular, says their architecture.

The underground structures, as the scan showed, were neither luxurious royal residences, nor ordinary residential buildings. The researchers concluded that these were monumental temples of the Iron Age, which together constituted a single religious complex.

The discovery only confirms the hypothesis that Fort Navan was a sacred place for the inhabitants of this region, since it was actually built on the site of a much more ancient temple complex.