Giant pterosaurs – the apex predators of their time 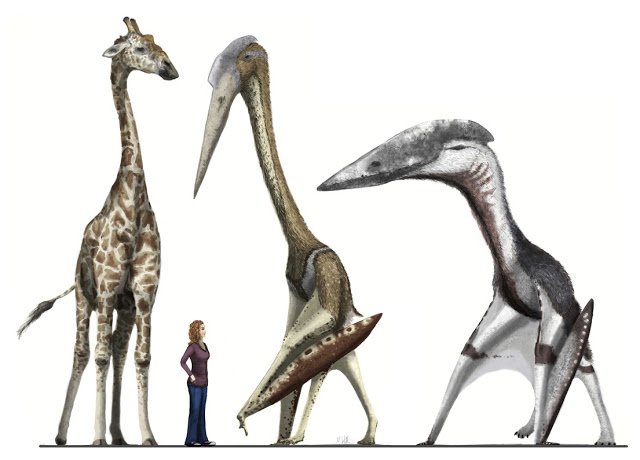 According to modern concepts pterosaurs are mostly not had more dogs eating dinosaurs the size of a rat and the young of larger species. Some, however, have become larger by the end of the Cretaceous period. So, in Kansas, found the remains jurulatih, long-necked and concocting quetzalcoatlus (Quetzalcoatlus northropi) from the family of azhdarchids (Azhdarchidae), wingspan reaches 12 meters. A new study shows, however, that not all representatives of this family was similar to cranes: met short-necked, stocky hatzegopteryx (Hatzegopteryx), whose remains are first found in Romania in the early nineties. It is assumed that the span of the wings, they are not inferior to kettsalkoatlya.

From hatzegopteryx left a bit, so to judge their size and shape have on individual fragments of the skull and the spine.. British paleontologists mark Witton (Mark Witton) and Darren Naish (Darren Naish) has studied the remains of the Romanian flying giant, and came to the conclusion that he had strong broad neck (the spine near the skull it was three times thicker than Quetzalcoatl). Scientists also note that the structure of bone filling the porous fabric could provide these animals a great power. 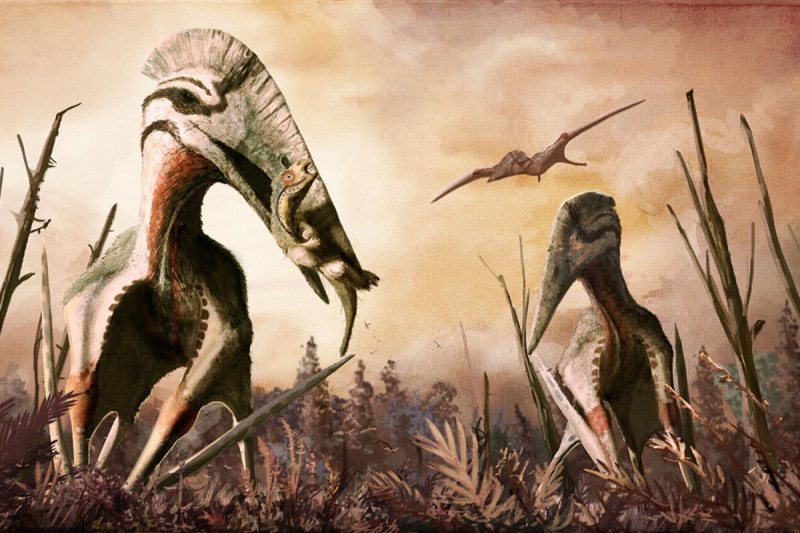 Previous studies have shown that the jaw of hatzegopteryx reached 100 cm from edge to edge, which is actually unusual for wiry and thin-boned azhdarchids. Possibly, other parameters of these animals was very different from the parameters quetzalcoatle and other members of the family.

The remains of hatzegopteryx found in a part of Romania, which at the end of the Cretaceous period was an island in the Tethys sea. At the same time with a giant pterosaur on the island at that time was inhabited by long-necked sauropods growth with a horse. The remains of other predatory dinosaurs was not found, so scientists believe that pterosaurs stood at the top of the food chain and preyed on large herbivores. “He could easily swallow and humans,” explains mark Whitton.