Giant squid dumped on the coast of Japan 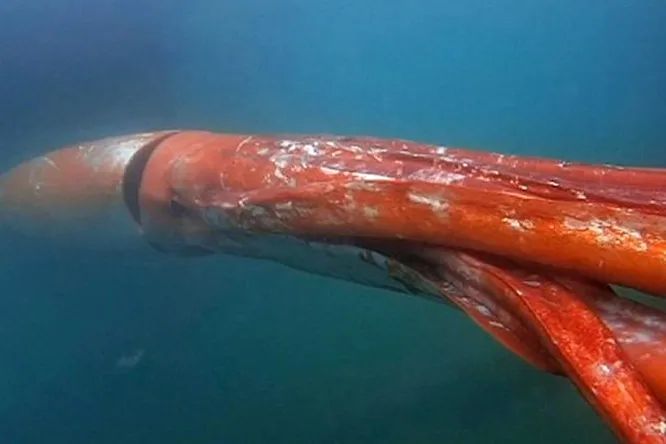 A married couple, while walking along the beach, found a squid carcass 3 meters long on the shore. In 20 years, such giant cephalopods have been found in this area only five times.

On the shore you can find many different creatures thrown by the surf. Young people walking near the sea did not even suspect that they would be able to find a huge mollusk about three meters long

The Japanese press published a photograph of a woman who sits next to a creature about three meters long. It is reported that the width of the cephalopod carcass reached one and a half meters. The couple discovered the animal while walking along the beach at about six in the morning local time.

The authorities of the prefecture, where the giant squid was found, said that such creatures are extremely rare in this region – over the past 20 years, only five cases have been recorded. According to local residents, you can usually see small discarded squids on the shore. None of the residents have ever seen such giants.

Japanese researchers have been studying giant squid living in the East Sea for quite some time. For example, marine biologist Tosifumi Wada previously described 57 of these animals found in 2014-2015. But the length of all the studied mollusks did not even reach two meters. Compared to them, the specimen thrown onto the Japanese coast is a real giant.

Dead giant squids are quite washed up on the shore, but the length of such individuals can be truly enormous. The largest mollusk found so far was about 8 meters long from the end of the hunting tentacles to the tip of the tail. This size makes the giant squid one of the largest invertebrates on Earth.