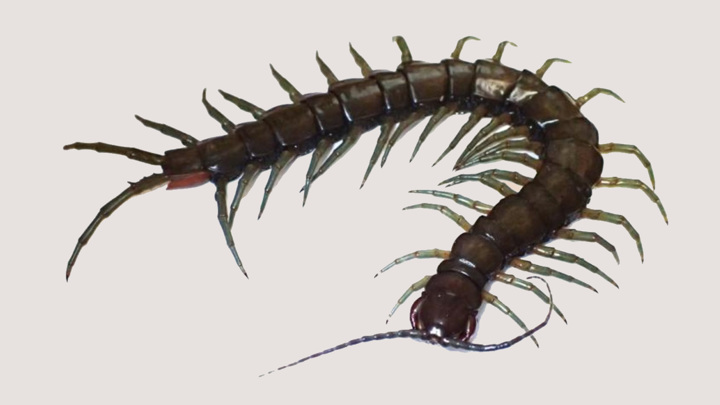 Scientists have described a new species of scolopendra living in Japan for the first time in 143 years. These arthropod predators, 20 centimeters long, turned out to be waterfowl. This is only the third species of “amphibian” scolopendra known to science.

Japanese researchers have described a new species of tropical millipedes of the genus Scolopendra. And this discovery is remarkable for several reasons at once.

First, it is the largest centipede species found in the region – in Okinawa and Taiwan. Moreover, this is only the third species of waterfowl millipedes known to science, as well as the first species of centipedes found in Japan in as many as 143 years.

Recall that centipedes are large tropical centipedes. Representatives of this genus were first described by the founding father of modern taxonomy, Carl Linnaeus. They are serious predators in the ecosystems in which they live. There are about 100 species of scolopendra around the world. Only five of them have been found in Japan and Taiwan.

Therefore, scientists were very encouraged when they learned that in the area of ​​the Ryukyu archipelago, a scolopendra unknown to science was seen eating giant freshwater shrimp. A research group from Tokyo Metropolitan University soon went to this place to see with their own eyes the amazing find.

Later, the researchers were convinced that they had discovered a completely new species. Genetic analysis confirmed that it is different from all known scolopendra species in the region. Reaching 20 centimeters long and 2 centimeters wide, these centipedes are the largest in both Japan and Taiwan.

The beautiful jade-colored centipede was named equally beautifully Scolopendra alcyona Tsukamoto & Shimano, after a character from the Greek mythology of Alcyona. According to legend, Alcyone threw herself into the sea after the death of her husband, and Zeus turned her into a kingfisher. Apparently, the carapace of the scolopendra reminded scientists of the plumage of this bird.

The Japanese name for the new species (ryujin-ômukade) is also associated with mythology, but this time in Japanese. Local legends tell of a dragon god (ryujin) who suffered terribly from the fact that a centipede crawled into his ear. According to legend, having seen how a chicken eats a centipede, this god began to fear both chickens and centipedes. Therefore, the inhabitants of the Ryukyu Kingdom painted chickens and hung flags with the image of centipedes on their boats in order to scare away the dragon god and safely cross the seas.

By the way, it turned out that the new species of scolopendra lives in coastal areas and spends part of its life in the water. This feature makes it the third aquatic centipede known to scientists in the world.

And yet, how has such a huge arthropod not caught the eye of anyone even once in the past 143 years? Scientists believe that this is a sign of the good preservation of the local truly untouched nature of the Ryukyu Archipelago. These centipedes live in the riverbeds of forest streams, which the locals simply cannot reach.

The authors of the work note that their research once again reminds of the importance of environmental protection.

Researchers are also reminded that the new species may be endangered. Scientists plan to further study these arthropods from a safe distance for them, so as not to disturb their habitat.